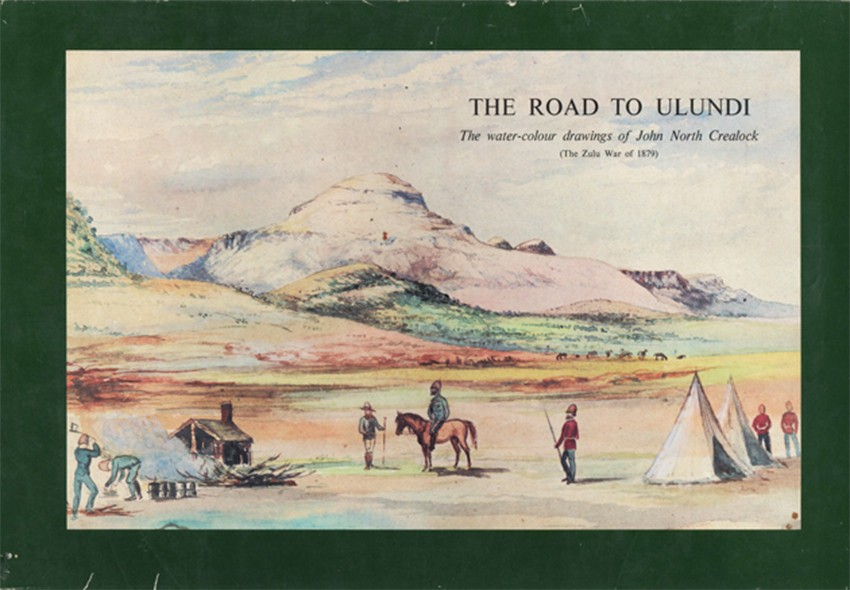 THE ROAD TO ULUNDI

Edited and prepared for publication by R.A. Brown, Librarian of the University of Natal, Pietermaritzburg.

Editor's note: John North Crealock, soldier-artist, was Lord Chelmsford's military secretary during the operations in the Eastern Cape and during the Zulu War of 1879. Crealock rode with his artist's materials in his saddle-bag and he recorded, as occasion offered, landscapes, camp sights and scenes, battlefields and military and civil personalities. Ten of the drawings sent to London with all speed possible in the days when Isandhlwana and Rorke's Drift were stop-press stories, were reproduced in the Illustrated London News.

Crealock's drawings are of pleasing artistic quality. Militarily, they date from an age when a substantial military force with "modern" firearms, fighting bravely to the last man, could still be overwhelmed by superior numbers fighting with equal bravery, but armed, for the most part, only with missile or stabbing assegais. But the drawings are not only of military interest, their excellent detail has been praised by botanists, geographers and historians who recognise in them an authentic pictorial record of the Eastern Cape and Natal more than a hundred years ago. On his return to England after the Zulu War, Crealock preserved 189 of these drawings in an album which was left on his death, in the care of his regiment, the 95th Foot. The present album contains 67 of the drawings selected from those made in Natal and Zululand during the Zulu War.'

Published in an edition of 750 copies. This is copy number 72.

THE PIPES OF WAR: A Record of the Achievements of Pipers of Scottish and Overseas Regiments during&hellip;

Seventy-One Years of a Guardsman's Life (1916) - INSCRIBED by the author who was a VETERAN OF THE&hellip;

The Relief of Kumasi