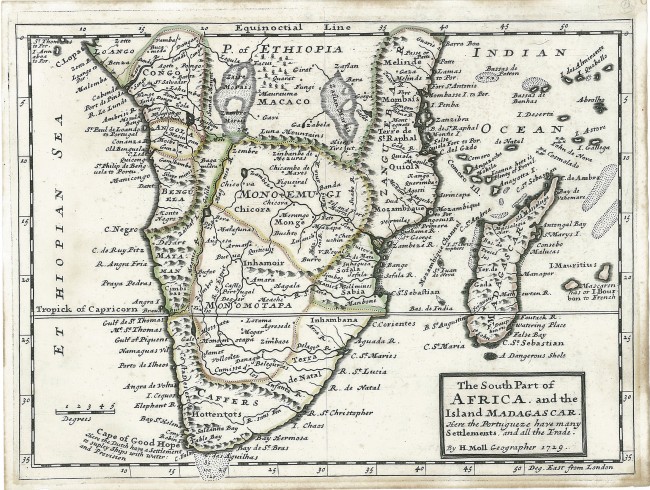 The South part of Africa and the island of Madagascar

Here the Portuguese have many Settlements, and all the Trade. By H MOLL, Geographer, 1729

This map was published in Herman Moll's Atlas Minor. A 1735 edition of the map has 44 engraved at the top right. Moll engraved the map on copperplate and it was printed and finished off with outline colouring. The map has been cleaned gently of surface dirt and de-acidified.

Herman Moll (1654-1732), was a geographer and cartographer - and one of the interesting characters of the time.  It seems he left Germany and settled in London from about 1678.  He worked closely with John & Thomas (II) Bowles.  He also worked with others  in the map publishing business (e.g. John Seller).  He made friends with a variety of interesting and (in)famous characters of the time.  He also engraved maps for Daniel Defoe's Robinson Crusoe and for Jonathan Swift’s Gulliver’s Travels (in which there is reference to “my worthy friend, Mr. Herman Moll”.

Moll’s career that spanned almost six decades; he published “more than two dozen geographies, atlases, and histories, as well as myriad separate maps, charts and globes spanning the known world” (Dennis Reinhartz).  Moll has never received recognition for the quality of the geography of his maps.  According to Tooley, because of his antipathy to the French, he failed to use the up to date information used by De l’Isle, for example.  However, his engravings resulted in aesthetically pleasing maps, often with interesting annotations.  He died in 1732 leaving his daughter, Henderina, as his sole heir.

This map has unremarkable geography, but shows the location of indigenous inhabitants as they were understood at the time. He also provides an out of date comment in the title that 'the Portuguese have all the trade'; he was correct that thy still had settlements, but the Dutch were dominant. He comments at the Cape of Good Hope that the Dutch have a settlement that supplies ships with provisions and water  a reminder that fresh water was the first attraction of Table Bay. The choice of prime meridian was quite modern - London - and not Ferro (in the Canary Islands) which was common in the prior century.

Moll's small map is in good condition and is an attractive and interesting start to collecting maps of Africa. 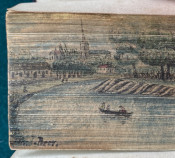 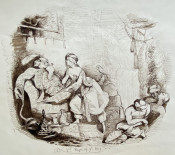 Fashion throughout the ages color plates