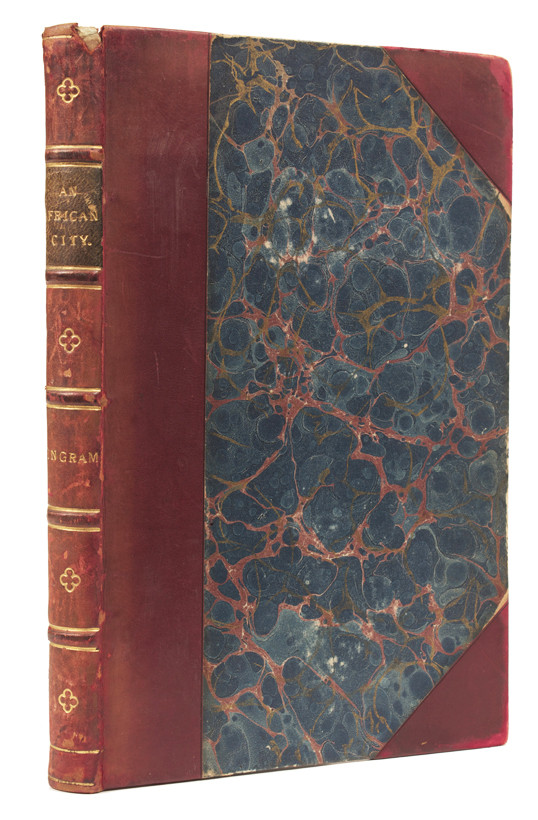 THE STORY OF AN AFRICAN CITY

Mendelssohn (Sidney) South African Bibliography volume 1 page 758: An account of the rise and progress of the city of Maritzburg, " the mother city of South-Eastern Africa." The narrative details the main historical incidents of Natal and Zululand from the earliest periods of the Dutch and British occupations, the battles of the Voortrekkers and the British with the natives and each other, and the establishment of the town, which took place in the year 1838.

The gradual growth of the colony of Natal, and the advancement of its capital, give an infecting example of the genesis of an English colonial settlement, and the illustrations, which practically interleave the volume, afford a representation of the scenery of the country, the buildings of the city, and the appearance of the natives, while the portraits of the principal inhabitants render the work a record of the municipal celebrities at the period of publication. There are also some " personal notes " respecting the " City Fathers," and obituary remarks concerning well-known colonists who fell at Isandhlwana, and there is a full-page portrait of Sir Michael Gallwey, some time Administrator and Chief Justice of the colony of Natal.