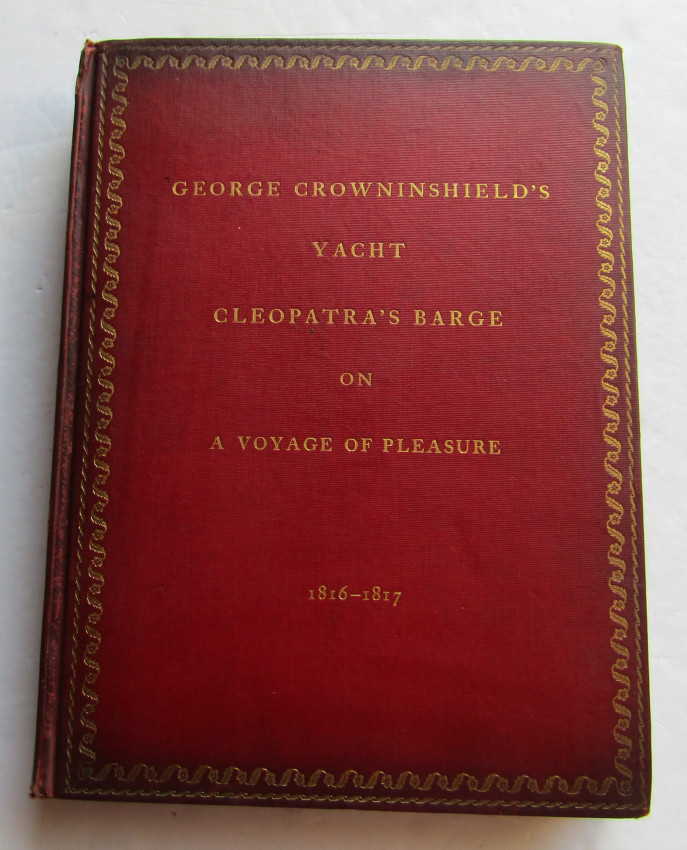 on a Voyage of Pleasure to the Western Islands and the Mediterranean 1816-1817 Compiled from Journals, Letters and Log-Book by Francis B. Crowninshield

Gilt titles to cover and spine.

Each plate is separated with a laid-in tissue guard.

'Recorded by yachtsman Francis Boardman Crowninshield
during summers, 1928-1942. The yacht, named in honor
of legendary 19th century schooner built for his grandfather
George Crowninshield, put in at harbors in from Maine to
New York, bringing on board wealthy members of American
society along with accounts of weather and sea conditions.'
Recorded shipping weight 2000g.
Shipped and insured by recorded delivery.