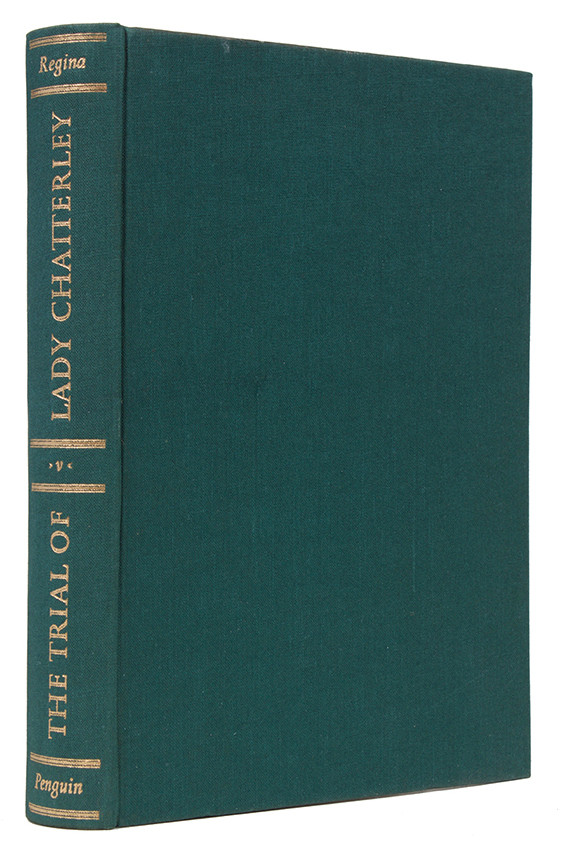 THE TRIAL OF LADY CHATTERLEY (Signed by Allen Lane)

First edition: 193 [1] pages, numerous illustrations, green cloth binding titled gilt on the spine, starting to wear at the front hinge on the title page, foxing on the page edges, a very good copy in the plain cream dust jacket which has water stains on the back cover.

The colophon reads: The trial of Lady Chatterley was published as a Penguin Special on 2 February 1961. Of this edition, to which the report of a debate in the House of Lords has been added, two thousand copies were printed and signed by Allen Lane for his friends. This copy is no 1617.

There is a loosely inserted printed note from Allen Lane which says he is sending copies of this book to his friends in lieu of Christmas cards,

Lady Chatterley Trial 2 November 1960
Despite having been published in Italy in the1920's, D. H. Lawrence’s last novel, Lady Chatterley’s Lover, became the subject of much controversy in Britain in the 1960s when Penguin Books sought to publish it. The book describes the explicit affair between Lady Chatterley and her working-class gamekeeper. The sexual scenes are described in detail, and were considered shocking by the British establishment at the time, as was the use of strong language.

The trial of the publishers, Penguin Books, under the Obscene Publications Act was much publicised, with eminent writers such as E.M. Forster giving evidence in court. The court case also served to question Britain’s publishing and decency laws which were seen by some as old-fashioned. After a six day trial, and a three hour deliberation, the jury at the Old Bailey found Lady Chatterley’s Lover to be 'not' obscene. It was published a month later, and all 200,000 copies were sold on the first day. The success of the trial significantly affected the publishing world, giving it more freedom to launch books with explicit content. Extracted from the British Library Newspaper Archive.
https://www.bl.uk/learning/timeline/item105907.html 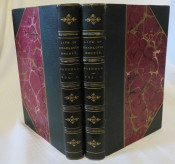 The Life of Charlotte Brontë

The Man with the Hoe … Written after seeing Millet’s world-famous painting of a brutalized&hellip;