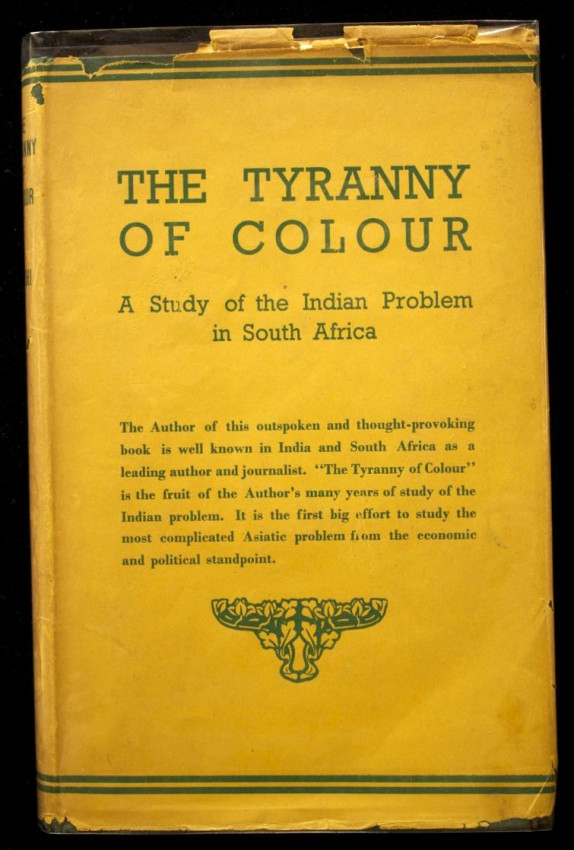 A Study of the Indian Problem in South Africa

318pp. Binding tight and contents clean. The slightly oversized jacket has chipped along the top edge where it extended over the edge of the binding.

Inscribed by the author on the front end paper, "Presented to Dr. Hon. C. F. Steyn, the Minister of Justice with the author's compliments, P. S. Joshi, 16.11.42., Johannesburg."

'The Author of this outspoken and thought-provoking book is well known in India and South Africa as a leading author and journalist. "The Tyranny of Colour" is the fruit of the Author's many years of study of the Indian problem. It is the first big effort to study the most complicated Asiatic problem from the economic and political standpoint.'

Portrait of Mahatma Gandhi on the verso of the title page with dedicatory caption: 'To Mahatma Gandhi who inaugurated the first onslaught on the South African stronghold of colour bar by passive resistance, a movement based on soul-force, the first of its kind in the modern age.'