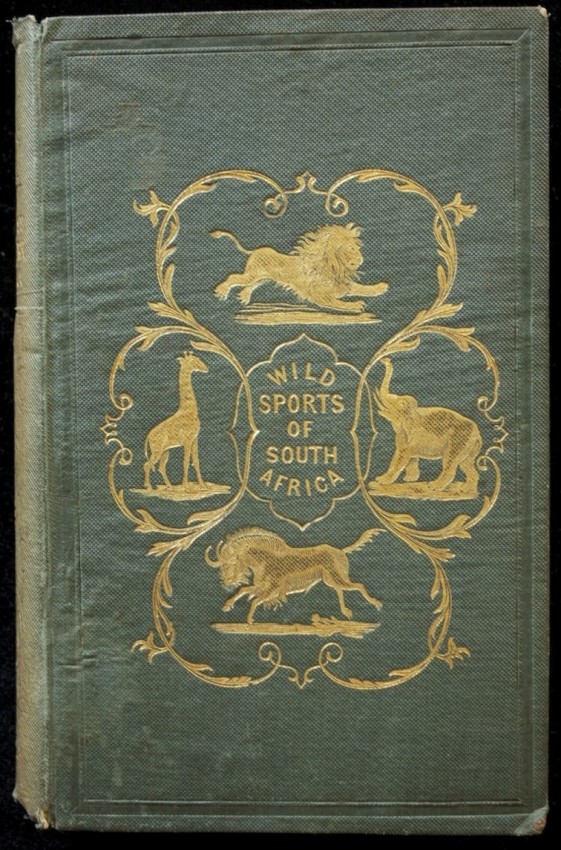 The first London edition is also called the second edition as it was preceded by the extremely scarce Bombay edition which was published a year earlier in India and which had a different title. The third, fourth & fifth editions all have hand coloured plates.

One peculiarity of the first London edition is that, in copies in the "as issued" state, either the plate "Departure from Mosega" or "Hunting at Meritsane" may occupy the position as frontispiece. In the list of illustrations the former is listed as facing page 111, the latter page 71. Apparently the binders thought there should be a frontispiece, though none is indicated. In THIS copy however, the plate titled "Hunting the Wild Elephant" was used by the binders as frontispiece. I have seen only one other copy over the years with this peculiar and particular issue point.

Contents complete with all plates present and fold-out map at rear. The ORIGINAL publisher's binding is still in very good condition with only very slight rubbing on the gilt embossed panel design of African wild animals.

For its age the book is in very good condition.

This copy has a great provenance as it once belonged to Frank and Edna Bradlow, with their bookplate on the front end paper. Frank and Edna Bradlow were widely regarded as some of the leading authorities on collectible early Africana, both printed works and art. They were also the authors of many books dealing with early South African history and people. Frank Bradlow was also a former chairman of the Van Riebeeck Society and wrote a short history on the Society.

From the editor's note to the Struik Africana Collectanea reprint:

'This is not only a book about ‘Wild Sports’ but is a very interesting report of such important historical events as: The Great Trek; the massacre of Piet Retief and his party by Dingaan; the fall of Piet Uys in an abortive invasion of the Zulu territories; the death of Maritz; the annihilation of the Natal Settlers; etc.

'The author and his party travelled by wagon and oxen to Grahamstown, Somerset, Graaff Reinet, New Lattakoo, through Griqualand and Bechuanaland, to Boksfontein, Cambellsdorp and Kuruman through the domains of the Matabele King and the Barolong country, and returned to Graaff Reinet by the Vaal River Route.

'He gives interesting accounts of the Matabele people and experiences with the Bushmen, Hottentots and other tribes. His stay with King Moselekatse is fully described and of great historical value.

'An interesting map ‘exhibiting the relative positions of the emigrant farmers and the native tribes’ is included.'

THE ROMANCE OF CAPE MOUNTAIN PASSES

Africa As I Have Known It.