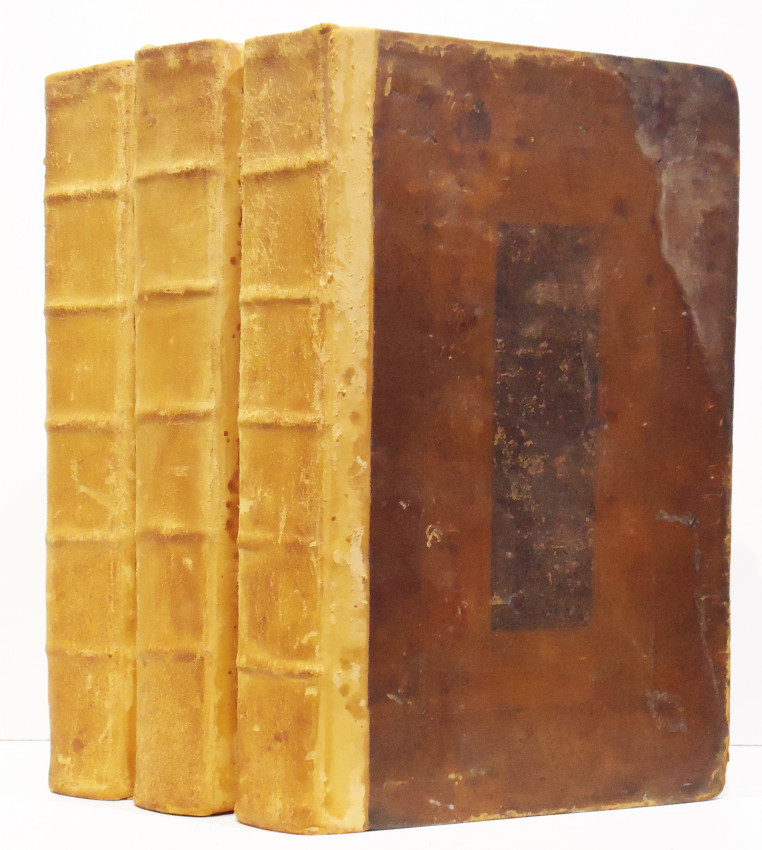 THE WORKS OF JOHN LOCKE ESQ;

First edition: vol. 1 [x] xxviii, 576, [xvi] pages; vol. II 671, [xv] ; vol [vi] 668 pages,[xv] pages, engraved frontispiece and obituary, simply rebacked preserving the contemporary brown calf boards, no titles are extant either on the covers or the spines, the front hinges in all the volumes have been reinforced, the free end papers in volume one have notes in a contemporary hand in ink as well as water stains on the preliminary pages, as does the front cover and preliminary pages of volume III, a good set.

Half title page in volume 3 reads: Some thoughts concerning education

The contents are as follows:

Volume II:
Some Considerations of the Consequences of the lowering of Interest, and raising the Value of Money. In a Letter send to a Member of Parliament. 1691;
Short Observations on a printed Paper, entitled, For encouraging the coining Silver Money in England, and after for keeping it here;
Further Observations concerning raising the Value of Money. Wherein Mr. Lowndes's Arguments for it, in his late Report concerning An Essay for the Amendment of the Silver Coin, are particularly examind'd;
Two Treatises of Government. In the Former, the false Principles and Foundation of Sir Robert Filmer, and his Followers, are detected and overthrown. The Latter is an Essay concerning the true Original, Extent, and End of Civil Government;
A Letter concerning Toleration;
A Second Letter concerning Toleration;
A Third Letter for Toleration: To the Author of the Third Letter concerning Toleration; The Reasonableness of Christianity, as deliver'd in the Scriptures;
A Vindication of The Reasonableness of Christianity, From Mr. Edwards's Reflections;
A Second Vindication of the Reasonableness of Christianity.

Volume III:
Some Thoughts concerning Education;
A Paraphrase and Notes on the Epistles of St. Paul to the Galatians, I and II. Corinthians, Romans, and Ephesians. To which is prefix'd, An Essay for the Understanding of St. Paul's Epistles, by consulting St. Paul himself;
Posthumous Works, viz.
I. Of the Conduct of the Understanding.
II. An Examination of P. Malebranche's Opinion of Seeing all things in God.
III. A Discourse of Miracles.
IV. Par of a Fourth Letter for Toleration.
V. Memoirs relating to the Life of Anthony, first Earl of Shaftesbury.
VI. A new Method of the Common-Place-Book written originally in French, and translated into English;
Some familiar Letters between Mr. Locke and Several of his Friends.The work was published ten years after his death and is the first time his works were published as a collection.

John Locke (b. 1632, d. 1704) was a British philosopher, Oxford academic and medical researcher. Locke’s monumental An Essay Concerning Human Understanding (1689) is one of the first great defenses of modern empiricism and concerns itself with determining the limits of human understanding in respect to a wide spectrum of topics. It thus tells us in some detail what one can legitimately claim to know and what one cannot. Locke’s association with Anthony Ashley Cooper (later the First Earl of Shaftesbury) led him to become successively a government official charged with collecting information about trade and colonies, economic writer, opposition political activist, and finally a revolutionary whose cause ultimately triumphed in the Glorious Revolution of 1688.

Among Locke’s political works he is most famous for The Second Treatise of Government in which he argues that sovereignty resides in the people and explains the nature of legitimate government in terms of natural rights and the social contract. He is also famous for calling for the separation of Church and State in his Letter Concerning Toleration. Much of Locke’s work is characterized by opposition to authoritarianism. This is apparent both on the level of the individual person and on the level of institutions such as government and church. For the individual, Locke wants each of us to use reason to search after truth rather than simply accept the opinion of authorities or be subject to superstition. He wants us to proportion assent to propositions to the evidence for them. 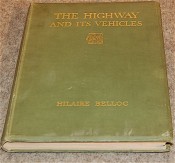 The Highway and Its Vehicles