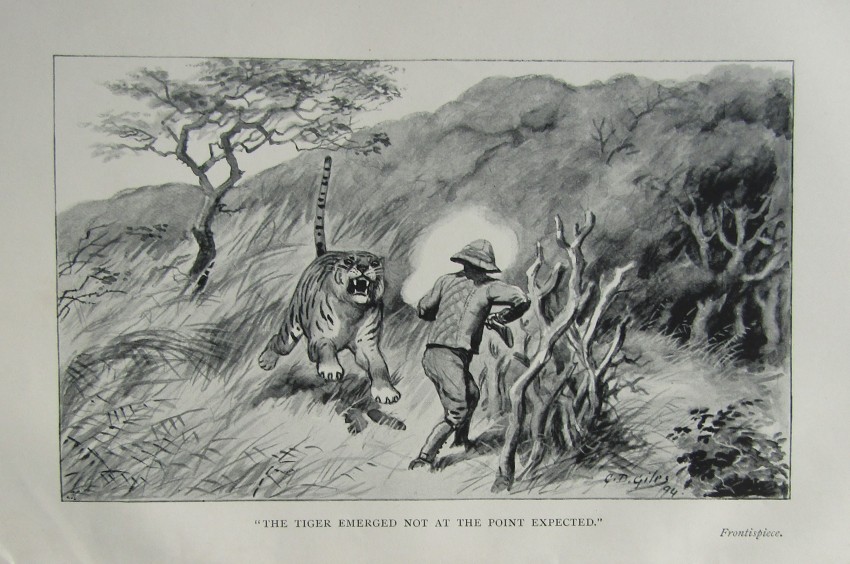 From the library of Lord Carew, Enniscorthy, Co. Wexford.

[Folding map of sections of forest in the Nepal terrain showing

where tigers had been killed].

been a government magistrate.  Includes account of his experiences in

the Santhal rebellion and in the Mutiny as magistrate in the Santhal co.

In 1878 he moved to Tasmania, becoming a member of Parliament in

1879. He later represented Tasmania on the Federal Council, the

predecessor to the Constitutional Conventions of the 1890's. He

to that time). He ultimately became the Premier of Tasmania, a post held

from 1894 to 1899. Braddon was the brother of the novelist Mary Elizabeth

Braddon. Both the suburb of Braddon in the Australian Capital Territory and

the Division of Braddon in Tasmania are named after him.