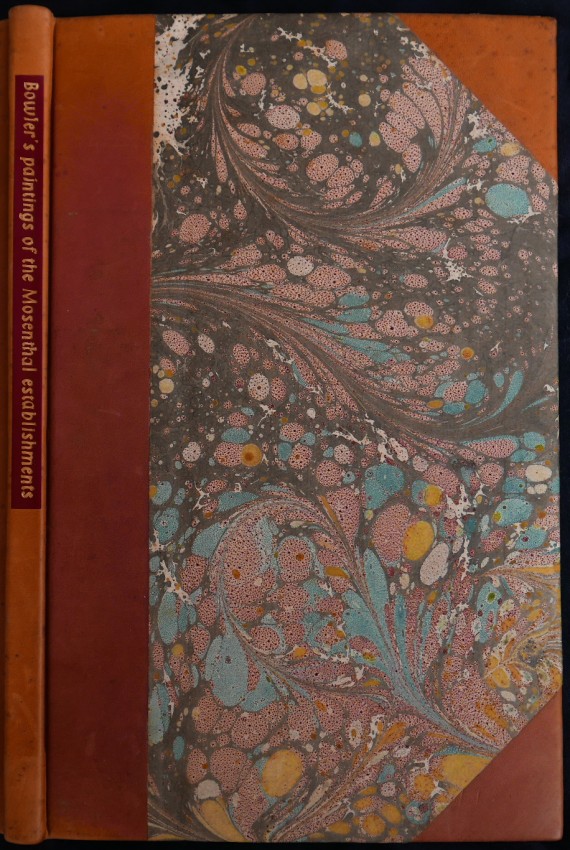 Commissioned by Metropolitan Life who spared no expense in the production of this somewhat bespoke and extremely handsome publication with its half calf leather over handmade marbled board cover. Included is a note of thanks to the popular Africana authority and expert student on the works of Thomas Bowler, Frank Bradlow, for his help in compiling this volume. There is also a most interesting note signed by Bradlow noting that the marbled boards were handmade by Griet van Krimpen, the wife of Jan van Krimpen (the legendary Dutch type designer - he created 'Lutetia' among many, many other fonts).

Light random foxing in places, otherwise the contents are clean and fresh throughout.