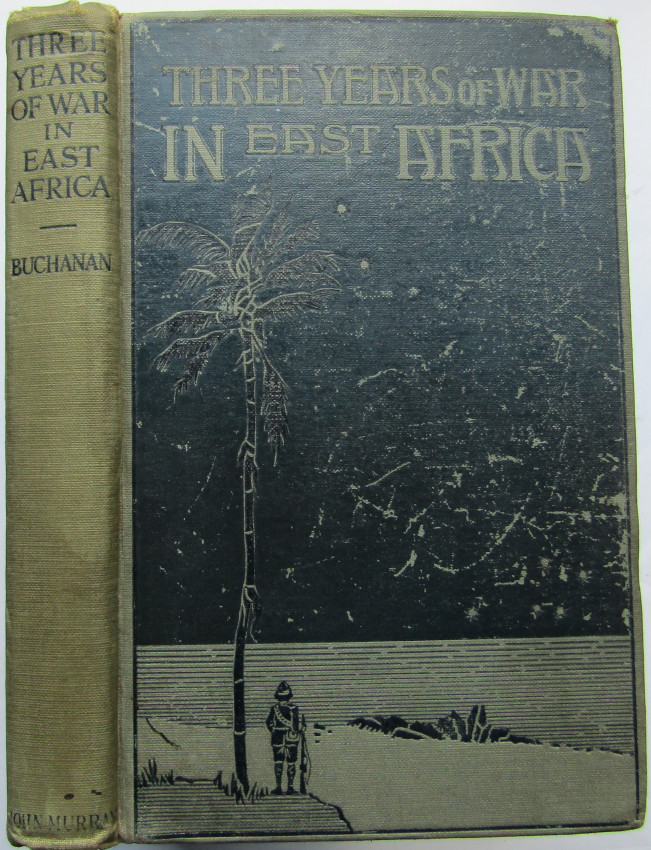 Name stamp on inside.

Germans and their askaris near Mt. Tanganyika and other

was not beyond temptation for the author and his fellow

but not fired on so as not to alert the enemy. In a more tranquil

area near the Ulugoeru Mountains in old North Eastern Rhodesia,

also tested the penetrating power of British military bullets against