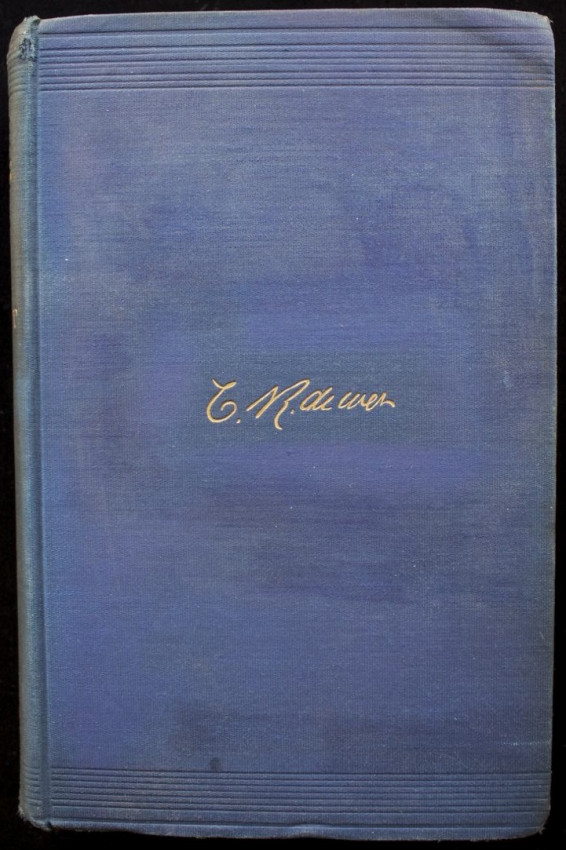 Three binding variants of De Wet's book were originally published. The Domestic issue appeared in either olive green or blue cloth bindings, and the Colonial issue was bound in red cloth. Of the three the blue cloth binding is the most elusive.

'Right to the last, speaking at Vereeniging, De Wet remarked, in a speech of considerable vigour, "We must fight on, no matter how long, until our independence is absolutely secure," and there appears no reason to doubt that he was fully prepared to continue the conflict, although he subsequently acquiesced with the views of the majority of the delegates. Severe reprobation is accorded to the "National Scouts," to whose action is attributed the final downfall of the Boer cause, and heavy censure is bestowed on General Prinsloo, Vilonel, and others, who surrendered to the British forces. De Wet expresses contempt for the blockhouse system, but he asserts that the "drives" were a very different matter; he gives a flat denial to the widespread statement that he escaped through the blockhouse cordon by driving a herd of cattle through the barbed wire fencing, but he admits that the night marches tended greatly to the demoralisation of the Burgher forces. Attention is repeatedly drawn to the overwhelming strength of the British, but, from the information afforded, it does not appear clear that there was any great disparity in numbers, on either side, in the majority of actual engagements. There can be little doubt that in some of the actions the Boers were struck by panic, and had to be forced - not always successfully - to continue fighting, and there is ample evidence that the courage and resourcefulness of De Wet were counteracted by the difficulties which he had to contend with owing to the insubordination of his men.' - Mendelssohn Vol.I, page 460.