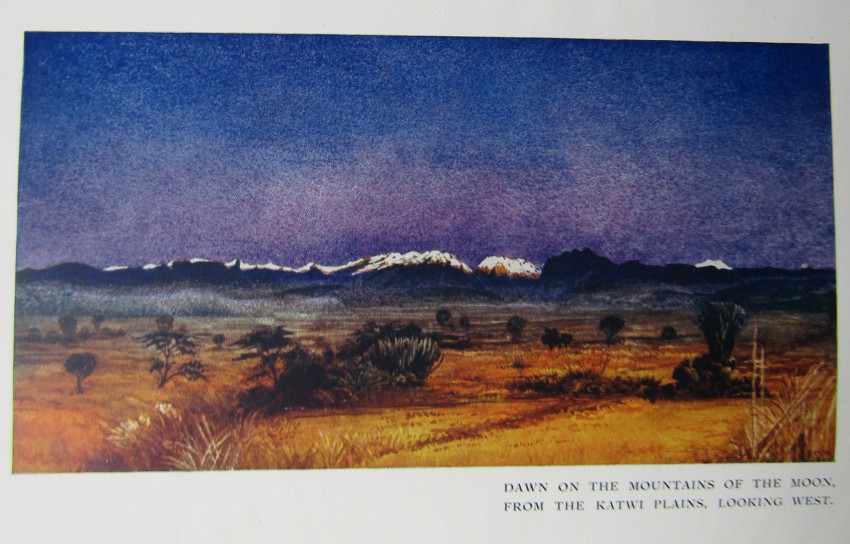 TO THE MOUNTAINS OF THE MOON

BEING AN ACCOUNT OF THE MODERN ASPECT OF CENTRAL AFRICA, AND OF SOME LITTLE KNOWN REGIONS TRAVERSED BY THE TANGANYIKA EXPEDITION, IN 1899 AND 1900

A scarce and important work.

An important work in the history of written Africana, extensively

illustrated and narrated in engaging descriptive detail. This well

written account of the Tanganyika Expedition has taken its place

among the works fundamental to a collection of Central Africana.

during Burton's expedition to the region at the source of the Nile,

geographical understanding of the area and the lakes that lay within it.

Perplexing problems of the fauna and flora remained unanswered and

with them, full knowledge as to the course of the waters throughout

the Nile region. Part of Moore's quest was to answer many of those questions.

evidence of fauna, especially in the lakes themselves which led him to the

surprising answers to many of the most perplexing scientific questions.

Throughout its journey, the Expedition was able to glean information which

particular part of the earth. Moore relates at length much of his work on the

very wide geographical changes which had occurred and were still occurring

among the lakes and watersheds, owing to the persistence of the geographical

disturbances which had formed among other things the modern active volcanoes