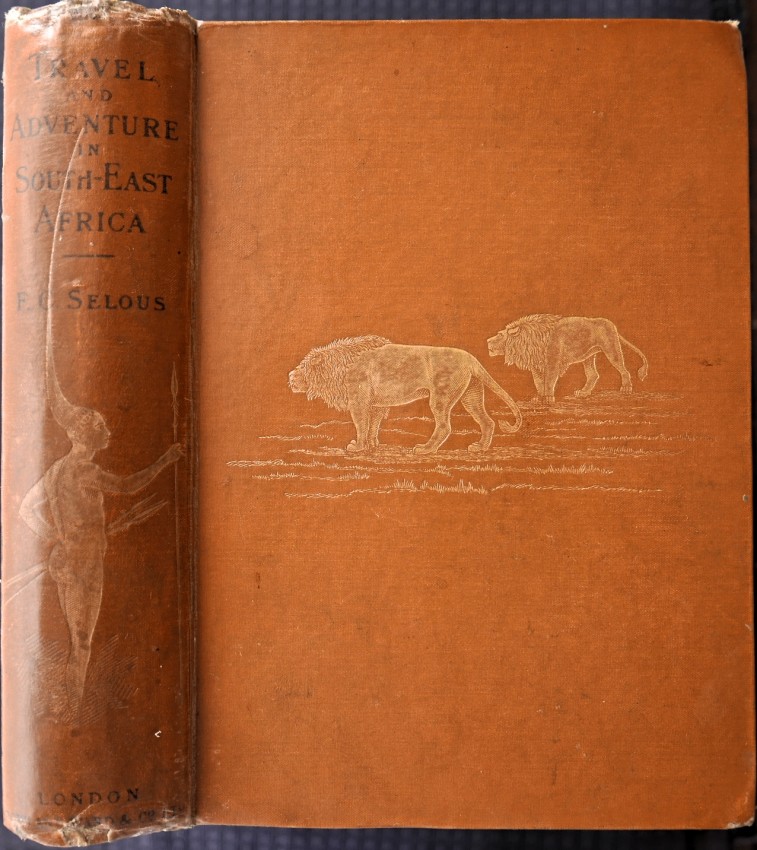 Being the narrative of the last eleven years spent by the author on the Zambesi and its tributaries; with an account of the colonisation of Mashunaland and the progress of the gold industry in that country.

xviii plus 503pp plus 4pp Ads. Original cloth hardcover with gilt title and vignettes. Illustrated in B/W with colour fold-out map at rear.

Signed by Selous to title-page, applied with some pressure, possibly due to his fountain pen being somewhat dry, the indentation of such clearly visible on the following dedication page, thus two signatures for the price of one.

Whatever 'beetle-juice' Selous used as ink seems to have attracted the affections of a lone fish-moth, the entire signature area appearing to have been nibbled at, penetrating the page in two small spots, i.e., under the 'C' and to the right of the small 's'. The verso of the signature area has subsequently been reinforced with a paper label. There is evidence of further restoration/reinforcements done to the spine-ends and corners. The cover cloth has also been waxed, more than likely part of the signature preservation process, done to discourage further insect damage. Light yellowing to prelims. Pencilled inscription to pre-title page.

THE HIGHLANDS OF CENTRAL INDIA: