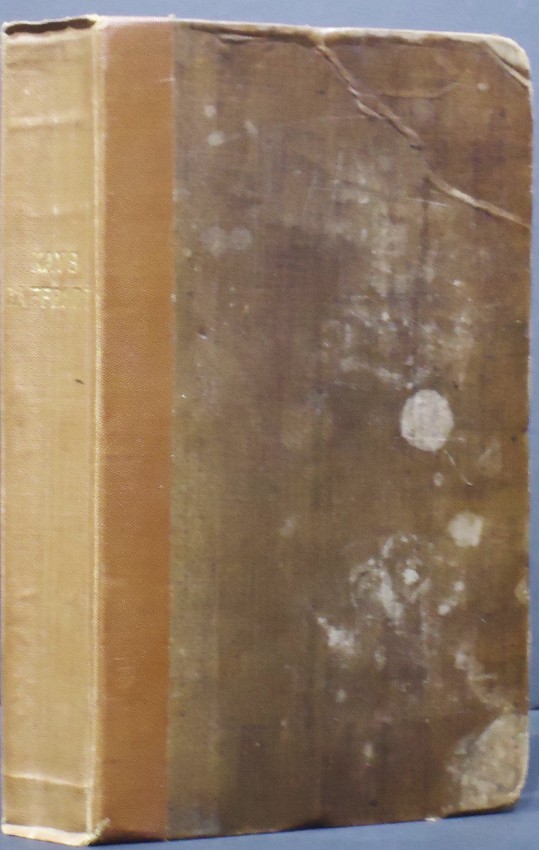 TRAVELS AND RESEARCHES IN CAFFRARIA

Describing the character, customs, and moral condition of the tribes inhabiting that portion of Southern Africa:

With historical and topographical remarks illustrative of the state and prospects of the British settlement in its borders, the introduction of Christianity, and the progress of civilization.

Dictionary of South African Biography, volume IV, pages 270-1, 'A Methodist missionary, Kay was sent to the Cape with Richard Daniell's party of 1820 Settlers. He worked at various mission stations in Kaffraria as well as Grahamstown where he ministered to slaves and Hottentots as well as the white population. He returned to England in 1831 and published this book in continuance of his efforts to support the mission effort. He felt that the problems of the frontier would not be solved by resort to arms but by conversion of the Blacks and the maintenance of Christian standards by the colonists. He considered that many of the Boer farmers - because of their difficult, isolated frontier situation - had fallen from the highest Christian standards and had become 'White barbarians', acting in ways similar to those of the Black ones in Kaffraria. This he saw as the basic cause of frontier troubles and he therefore condemned the colonists. Valuable descriptions in this book are those dealing with Xhosa customs and life in the early days of the Wesleyan mission, the life of a frontier missionary, and the country's flora.'

A small group of manuscript and printed ephemera recalling Oates’s time with the Inniskilling&hellip;

An Abridgement of Portlock and Dixon's Voyage Round the World, performed in the years 1785, 1786,&hellip;

[Meeting the Sun] All Round the World

Travels in the Mogul Empire, by Francis Bernier. Translated from the French by Irving Brock.