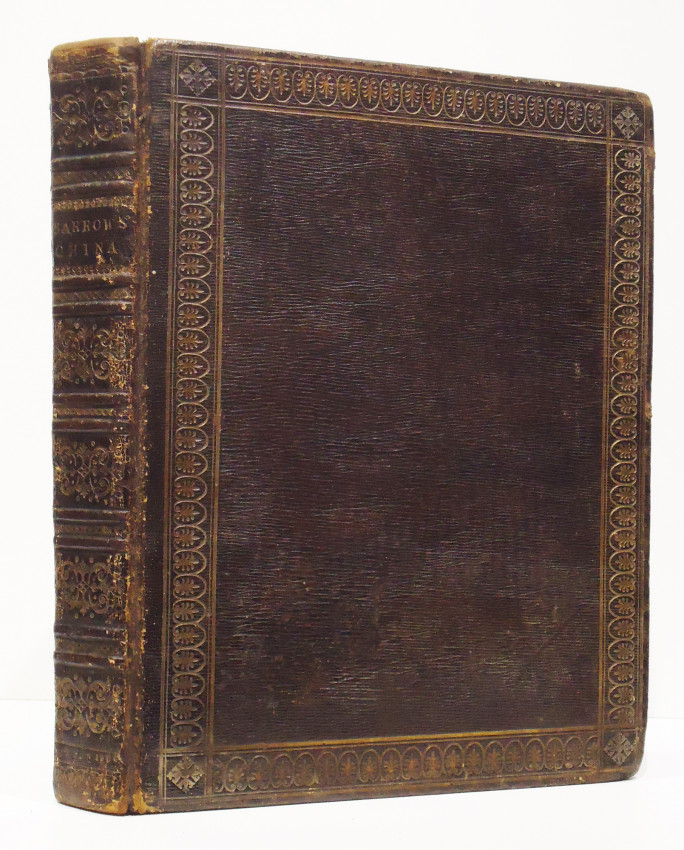 Containing descriptions, observations, and comparisons, made and collected in the course of a short residence at the imperial palace of Yuen-Min-Yuen, and on a subsequent journey through the country from Pekin to Canton.

In which it is attempted to appreciate the rank that this extraordinary empire may be considered to hold in the scale of civilized nations. By John Barrow, Esq.

John Barrow taught mathematics to the son of Sir George Leonard Staunton; through Staunton's interest, he was attached on the first British embassy to China from 1792 to 1794 as comptroller of the household to Lord Macartney. He soon acquired a good knowledge of the Chinese language, on which he subsequently contributed articles to the Quarterly Review; and the account of the embassy published by Sir George Staunton records many of Barrow's valuable contributions to literature and science connected with China.

Barrow ceased to be officially connected with Chinese affairs after the return of the embassy in 1794, but he always took much interest in them, and on critical occasions was frequently consulted by the British government.

In 1797, Barrow accompanied Lord Macartney as private secretary in his important and delicate mission to settle the government of the newly acquired colony of the Cape of Good Hope. https://en.wikipedia.org/wiki/Sir_John_Barrow,_1st_Baronet

TRAVELS INTO THE INTERIOR PARTS OF AFRICA, BY THE WAY OF THE CAPE OF GOOD HOPE;

NARRATIVE OF AN EXPEDITION TO THE ZAMBESI AND ITS TRIBUTARIES: