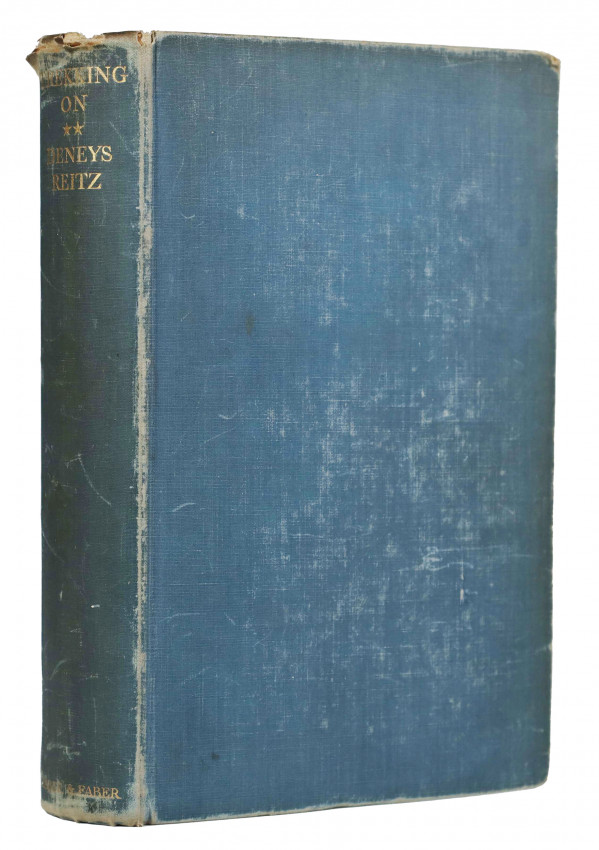 TREKKING ON (Signed by the author and General Smuts)

With a preface by General the Rt. Hon. J.C. Smuts

First edition: 351 pages, 5 folding maps, starting to wear at the hinges, original blue cloth boards- scuffed and worn along the edges, titled gilt on the spine – which is frayed at the top, a good copy.

Signed : Deneys Reitz, 1935 and Smuts on the half title page.

Part of the Deneys Reitz Trilogy: Commando, Trekking on and No Outspan

Scientia Militaria vol.44 no 1 pages 239 -240: Deneys Reitz (1882–1944), third son of a former president of the Orange Free State and State Secretary of the Transvaal under Paul Kruger, saw active service from the outbreak of the war up until the Armistice in November 1918. More so, Reitz’s pre-war social standing in the South African society, including his distinguished service during the Anglo-Boer War, allowed him to mingle with the upper echelons of the UDF in both a personal and a professional capacity throughout the war. It was indeed Reitz’s personal relationship with Jan Smuts – often even referred to as his ‘Chief’ – that ensured that he saw active service during the Afrikaner Rebellion, as well as the campaigns fought in GSWA, GEA and Europe. Gerhard Calitz, in a 2008 doctoral dissertation on Reitz, accurately describes him as a soldier, adventurer and politician. Although Reitz is best known for his Anglo-Boer War memoir Commando, it is the sequel, Trekking on, that provides valuable personal insight into his military service throughout the war.

His war experiences, as noted in Trekking on, provide the historian with a valuable first-hand account of the nature and conduct of the war as seen through the eyes of a South African. The strength of Reitz’s memoir lies in the fact that it provides a rare glimpse into the life of an infantryman on the Western Front during 1916–1918, often with vivid descriptions of trench warfare and the all-encompassing nature of a total war.
https://journals.co.za/doi/pdf/10.5787/44-1-1172