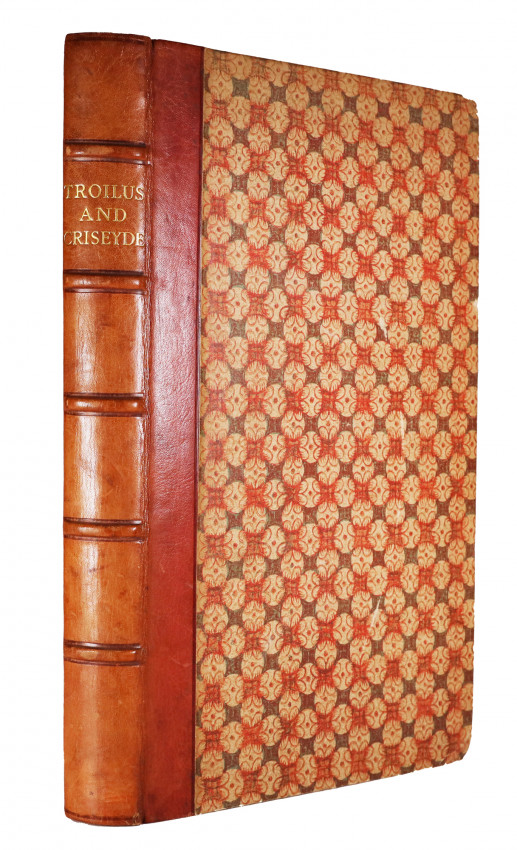 Edited by Arundell de Re

The colophon reads: This book was printed by Robert Gibbings. It was completed on July 22nd 1927. The edition is limited to 225 copies of which nos. 1-6 are on vellum. This is number 71

The Golden Cockerel Press, one of the 20th century's fine private presses, was founded in London in1920 by Harold Taylor as a cooperative print shop. Unpublished authors, by doing the work themselves, could get their books in print. The first volumes were very simply printed, and not even illustrated. In 1922, Taylor hired two compositors, having had trouble getting the authors to set type themselves. He also hired the first illustrator, an engraver, Robert Gibbings. Taylor sold the press to Gibbings in 1924, and along with his wife, Gibbings ran the press for a number of years both designing and illustrating many of the books. With his expertise, the press gained recognition, and became known as one of the finest English private presses.

Many of the early books used the readily available Caslon Old Face type, but Eric Gill's design of the Golden Cockerel font in 1931 became on the of signatures of the press. One of the hallmarks of the press was the integration of book design and illustration, creating a unity between text and image. The publication of The Four Gospels 1931 is known as one of the best examples of this unity, and many of the press's finest works were published during the years in which Gibbings and Gill were partners. After the departure of Gill, who left to establish his own press, the Golden Cockerel ran into financial difficulties. In 1933 it was purchased by Christopher Sandford and two partners, Francis Newberry and Owen Rutter.

One major change under Sandford's ownership was the change from using hand-made paper, to using fine mould-made paper. Bindings became more ornate, more copper engravings and etchings were used, and some limited editions included extra plates. The advent of WWII impacted the press with both Sandford and Rutter joining the armed forces. Rutter died in 1944, and with his death and war-time shortages of both materials and money, the press struggled. In 1959, Sandford sold the press to Thomas Yoseloff who published four books in 1960 before he sold the press, which ultimately closed in 1961.
https://davidson.libguides.com/c.php?g=1083057&p=7900533 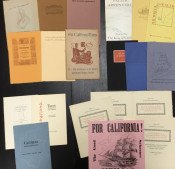 [PRIVATE PRESS] A Miscellany of fine printing ephemera including a number of Paul A. Bennett items