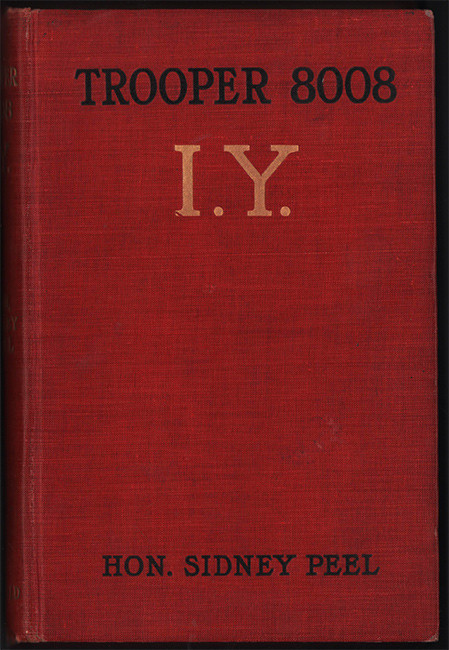 Mendelssohn (Sidney) South African Bibliography volume 2 page 148 : The author joined the Imperial Yeomanry at the time when things looked their blackest for the British army during the South African War. On enlisting in London he found himself a unit in a most miscellaneous multitude of men of every rank, profession, and trade, very few of whom knew the way even to handle a rifle. These raw recruits had to ride with an equipment of about 12 stone, and this with the weight of the rider proved a heavy load for the horses. He took part in the Prieska campaign against the rebels, and afterwards went to Boshof and was present at the encounter which resulted in the defeat and death of Villebois-Mareuil.

He alludes to the constant attempts of the Boer authorities to spread the belief that the arrival of the British would be followed by every sort of outrage, and he asserts that many Boer women informed him of these reports. He considers that the veld-bred ponies were quite the best horses for the campaign, and had a great contempt for those imported from Argentina. Some chapters are devoted to engagements around Kroonstad and Lindley, and to the disaster which befell Colonel Spragge, Mr. Peel being evidently of opinion that his own corps could have come to the assistance of the defeated yeomanry battalion in time ; and he was certainly not one of those who considered General Colville blameless in the matter. For some time the author's corps was engaged in the task of protecting the lines of communication, and he remarks on the custom of keeping the men in total ignorance of what they had to do, and what was going on, considering it the wrong course to adopt. Mr. Peel fell ill at the front, and after some experiences at the Krugersdorp hospital, was removed to the Wanderers' Club Infirmary at Johannesburg, and was finally invalided home.

Vicissitudes of a Transvaal Dorp: Klerksdorp

Causes of the War in South Africa, From the American Lawyer's Standpoint