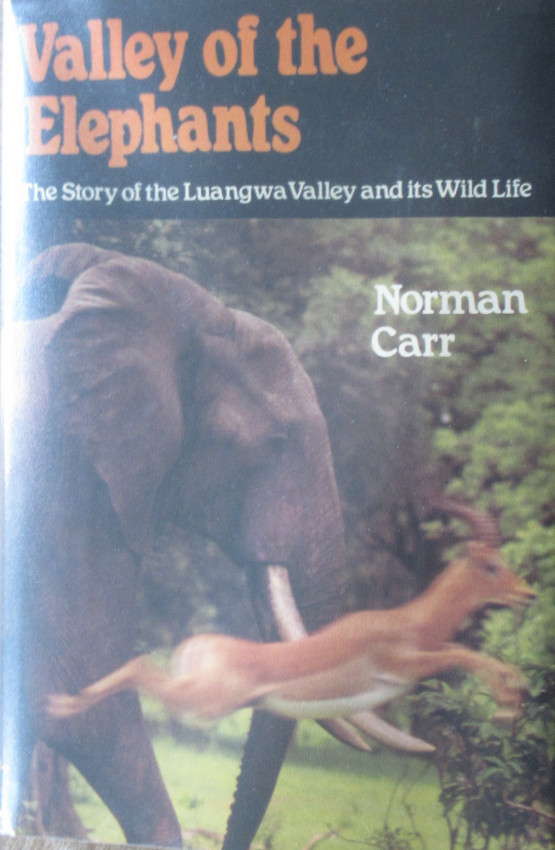 Valley of the Elephants

The Story of the Luangwa Valley and its Wild Life

Valley of the Elephants-The Story of the Luangwa Valleyand its Wildlife.

Near the north-eastern border of Zambia lies the Luangwa Valley. Twice the size of Wales it supports one of the greatest concentrations of wildlife to be found anywhere in the world. It is a place of dramatic contrasts of climate (magnificently illustrated by the photographs in this book), a place where luxuriant vegetation alternates with scorched mud and parched, leafless trees in the dry season. Here Nature is master and man the intruder.

Norman Carr knows the Luangwa Valley as no other man does for he has lived and worked in the region for almost forty years, first as a wildlife control officer, and most recently as an organizer of visits by the curious outsider. His soul belongs in this wilderness which is, for him,not just a geophysical entity but a spiritual home. Here he has rescued elephant embedded in the mud and dying from heat exhaustion. Here he has lived in partnership with lion, baboon, zebra and buffalo. But here too he has lost three human companions, killed by wild animals during the course of their work. To their memory this book is dedicated.

The first part of the book introduces the reader to the Valley as an ecological unit. Next the author takes the reader through the months of the year, pointing to the climatic changes and  the varying patterns of animal behaviour adapting to the seasonal changes of vegetation. Finally he guides the reader, accompanying him in the imagination, on a walking safari for which the earlier part of the book has been a preparation.

In VALLEY OF THE ELEPHANTS Norman Carr is able to communicate his feelings about Luangwa in a way that no other human being could. The book is an invitation to the reader to join him in this wilderness, to share with him the experience of living and working in one of the most astounding nature sanctuaries in the world.