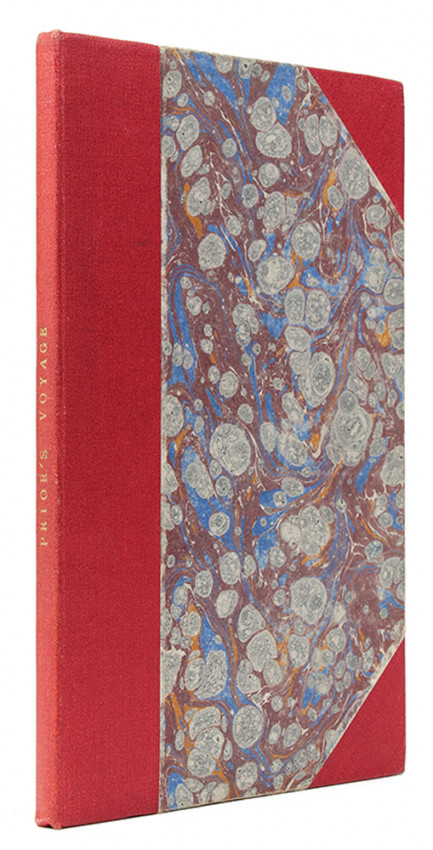 To Rio de Janerio, Bahia, and Pernambuco in Brazil, In the Nisus Frigate

First edition:(v) + (i- errata)+ 114 pages, folding map as frontispiece, 1 aquatint plate - View of the Town and Fort of Mozambique, 1 folding maps, rebound in half red cloth with matching marble boards titled gilt on the spine, bookplate on the front paste down end paper, fore- edge uncut, others sprinkled red, a very good copy.

James Prior was born at Lisburn about 1790. He entered the Royal Navy as a surgeon, and sailed from Plymouth in the frigate HMS Nisus on 22 June 1810. His ship was stationed at Mauritius from November 1810 to April 1811, when he had charge of the wounded; and, after visiting the Seychelles Islands, Madras, Mauritius, Java (at the reduction of which by the British in September 1811 he was present), and Batavia, returned to the Cape of Good Hope. His next expedition, also in the Nisus, was to Table Bay (February 1812), St. Helena (January 1813), Rio de Janeiro (October 1813), and Pernambuco (December 1813). This voyage was published as Voyage in the Indian Seas in the Nisus frigate during 1810 and 1811, published by Sir Richard Phillips in 1820, and included in the first volume of a collection of New Voyages and Travels.

This volume Voyage along the Eastern Coast of Africa (1819) was included in the second volume of Phillips's Voyages. https://en.wikipedia.org/wiki/James_Prior_(surgeon)

Extracted from SABIB Vol 3 page 745:Signature title at the foot of every 8th page: Voyages and Travels, Volume II. No. 4.

Also published as part of a collection of travels entitled New Voyages and Travels, Volume II.

ISLANDS IN A FORGOTTEN SEA (Signed by the author) 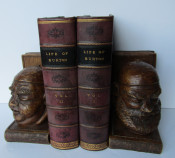