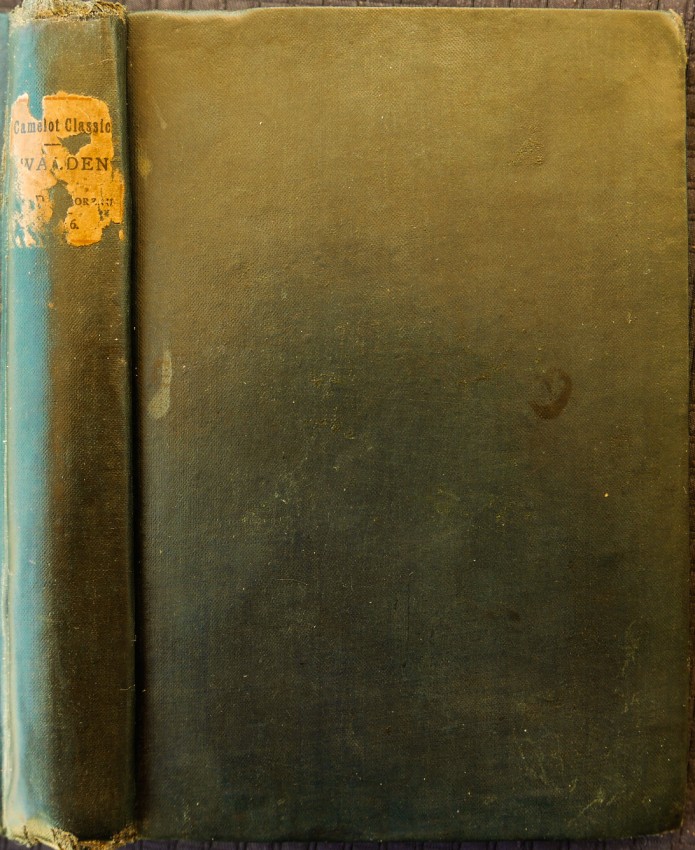 "I went to the woods because I wished to live deliberately, to front only the essential facts of life, and see if I could not learn what it had to teach, and not, when I came to die, discover that I had not lived." Thoreau's meditation on simple living and self-sufficiency in natural surroundings is certainly one of the most important works of 19th century American literature.

WALDEN, With an Introductory Note by Will H. Dircks. "The Camelot Series" edited by Ernest Rhys. Publisher's original green cloth with paper label to spine. xxviii, 336, [4] ads. Deckle-edged pages. Previous owner's name penned to front free EP. Penciled figures and sketches to rear EPs. Some age toning to pages but otherwise clean throughout. Spine panel is darkened and tatty. Some wear to spine ends and corners. Corners are curved inwards. A well preserved copy of the scarce first English Edition. Harding, in his "Centennial Checklist of the Editions of Walden," states that Walter Scott's printing, issued first in 1886, was the first original British edition, the Edinburgh edition of 1884 (which was apparently distributed in England by Hamilton, Adams, and Co.) being bound from American sheets.

Little needs to be said about the book itself, it is one of the greatest books of American literature and a highlight of American thought. In attempting an experiment in simple living Thoreau became the embodiment of the American quest for the spiritual over the material; and his book, ostensibly a simple record of his experiment, has earned the reputation as a work of great philosophical import.