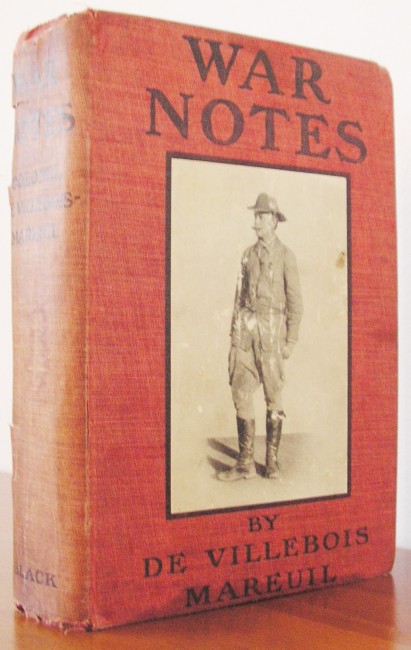 Email or share
Authorised translation from the Paris Liberté by Frederic Lees. With a preface by E. M. de Vogüé, member of the Académie Française. Second Edition. Crown 8vo; original red cloth, lettered in black to spine and upper cover, with pictorial onlay to upper cover; pp. [iii-xx] + 352. Corners turned; backstrip fragile and sunned, splitting along lower joint; cover rubbed and partially discoloured; front free endpaper and earliest prelims. removed; archival tape reinforcing to hinges; earlier owner's name signed on title page; edges a little browned; occasional spotting. (Hackett, pp. 83, 194; Mendelssohn II, p. 569) "Translation from the diary of a French officer serving in the Boer army. The entries relate to events in Natal, the siege of Kimberley and the campaign in the Orange Free State. The author was killed in action near Boshof in April 1900." - R. G. Hackett: South African War Books - An Illustrated bibliography, p. 83. 'Villebois seems to have been thoroughly disillusioned before he lost his life at Boshof; a brave and skillful soldier, he appears to have been disgusted with the procrastination of the Boers, and their want of decision, resolution, and union. He thought well of the abilities of De La Rey, but considered that Joubert was a mere politician. He seems to have had a great contempt for the British army and officers before the arrival of Lords Roberts and Kitchener, but speaks of the presumption of the Republicans in thinking that they would defeat these generals as easily as they did some of the previous leaders. He criticises Buller's operations, but continually draws attention to the very marked "carefulness" of the burghers, of whom he says, "The Boer's first concern is for his safety." ' - Mendelssohn. 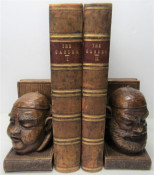 The Garden: An Illustrated Weekly Journal Of Gardening

No More the Tusker

ROUGH DIARY OF THE DOINGS OF THE 1ST BATTn. MANCHESTER REGIMENT