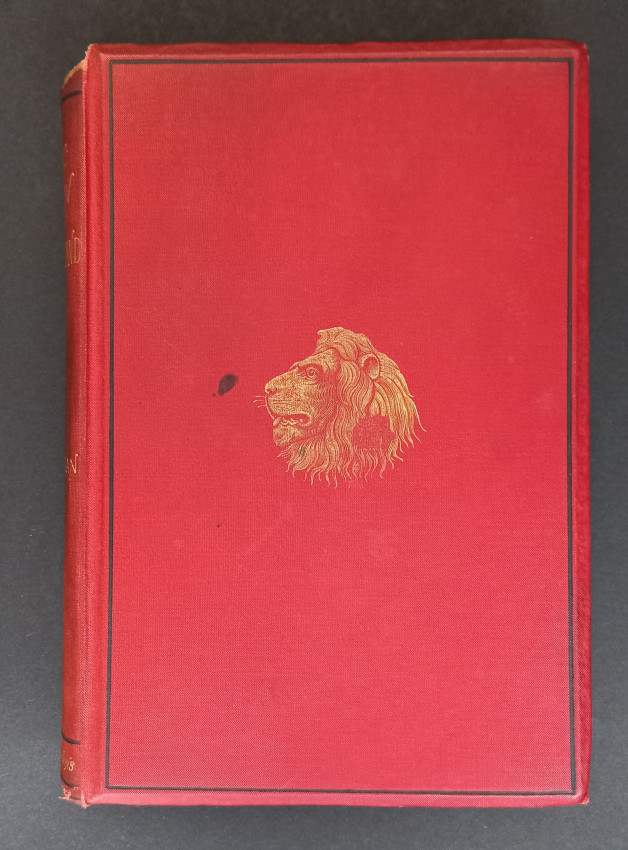 Original red cloth, with embossed gilt lettering and gilt stamp of a lion on the front cover.

This is an account of medical missionary and explorer Lakeman's visits to the interior of South Africa in 1887 and in 1893. Includes his experiences in the Xhosa Wars (1779-1879) where he assembled his own volunteer unit, known as the Waterkloof Rangers and served from 1850 to 1852. He was just 24 when he was knighted.

Lakeman writes in the preface: "This book contains extracts from the daily record of impressions made on my mind, by men and events, as we performed together our allotted parts, in one short tragical episode at the Cape. Very little has been omitted; nothing has been added."

Sir Stephen Bartlett Lakeman, also known as Mazar Paşa or Mozhar Pasha (1823 – 1900) was an English-born British and Ottoman adventurer, soldier, and administrator. A mercenary and veteran of several wars, including the Xhosa and Crimean conflicts, he was assigned by the Ottoman military to Wallachia, where he later settled, becoming in time a supporter of the liberal current in Romania. He was an influential figure in local politics during the early 1870s, and a mediator between Ion Brătianu's government and the Porte at the start of the Russo-Turkish War of 1877–1878. Lakeman is also noted for having introduced Eastern European fish species to England. He died in Bucharest, in relative obscurity.