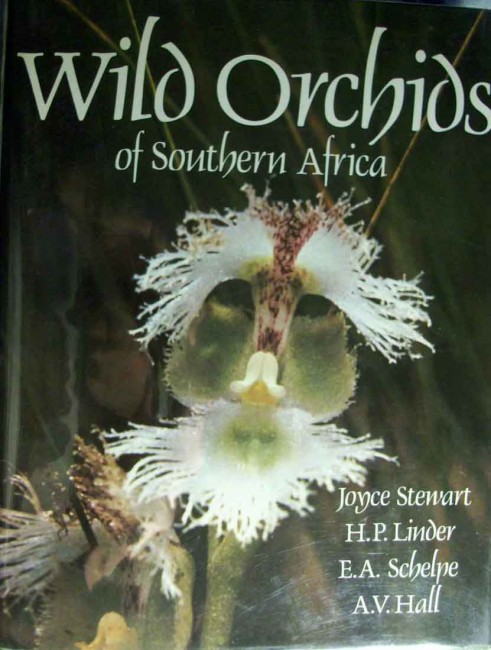 Orchids have sometimes been described as the 'royal family of plants' and in Southern Africa this elegant and varied family is well represented by over 400 species. Not only is this region richly endowed with species, but it contributes uniquely to the world's orchid flora by the fact that three-quarters of the total number of species are endemic to this area.

Wild Orchids of Southern Africa contains descriptions of every species or orchid so far recorded within the Republic of South Africa and the neighbouring territories of Lesotho, Swaziland and Namibia.

The descriptions are brief, specially designed to allow the reader, book in hand, easily to identify the orchids in their natural state, whether found in veld or vlei, field or forest, bush, desert or mountains.

Details are given of their habitats, distributions and flowering times. Full colour photographs accompany all but a few of the 433 species, and many of them show orchids illustrated for the first time...

Hardback with dustcover over green boards. Maps to endpapers-Frontispiece- 307 pages text with supporting photographs, and data..Fine.