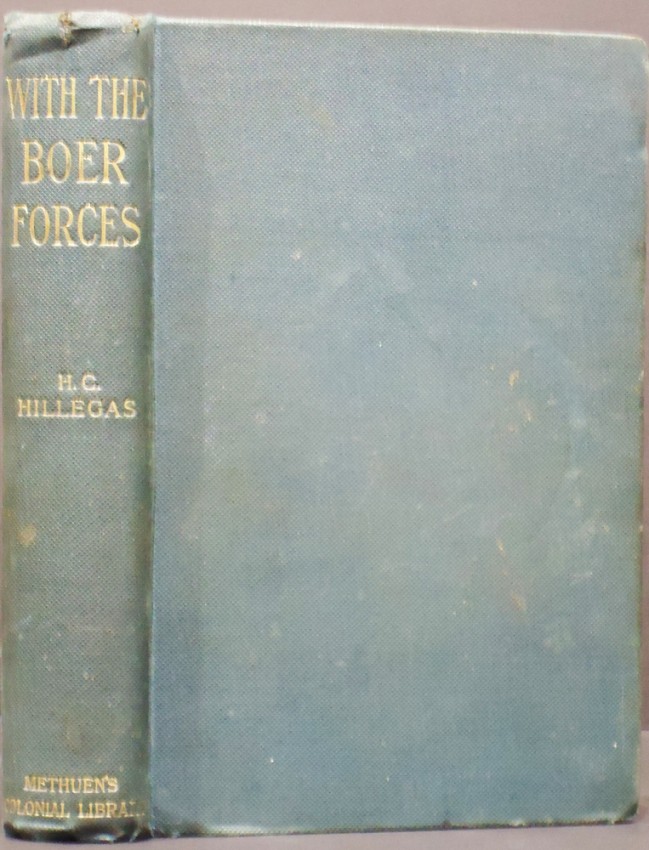 WITH THE BOER FORCES

With 23 illustrations and a plan.

Mendelssohn (Sidney) South African Bibliography volume 1 page 713: The author states in the Preface that he has written truthfully and without bias ; but it would seem that he must have been seriously misinformed as to the strength of the Republics, which he puts down at from 25,000 to 30,000 men, a number at variance, apparently, with established facts, seeing that, reckoning prisoners of war, surrendered Boers in refugee camps, surrenders after the declaration of peace, and a moderate estimate of deaths during hostilities, there could not have been far short of between three or four times that number in the field.

Many examples are given of occasions when the Krijgsraad overruled the advice of the Generals, whilst at other times the commandants refused to obey the instructions of the Krijgsraad, often to the great detriment of military operations. Reference is made to the systematic manner in which the Republicans were prepared for the struggle, and it is said that they possessed plans on which "was a representation of every foot of ground in the Transvaal, Free State, Natal, and Cape Colony," but the author asserts that although Steyn, Reitz, and the Dutch of the Cape Colony may have had visions of Dutch supremacy in South Africa, Kruger did not make war to gain it.