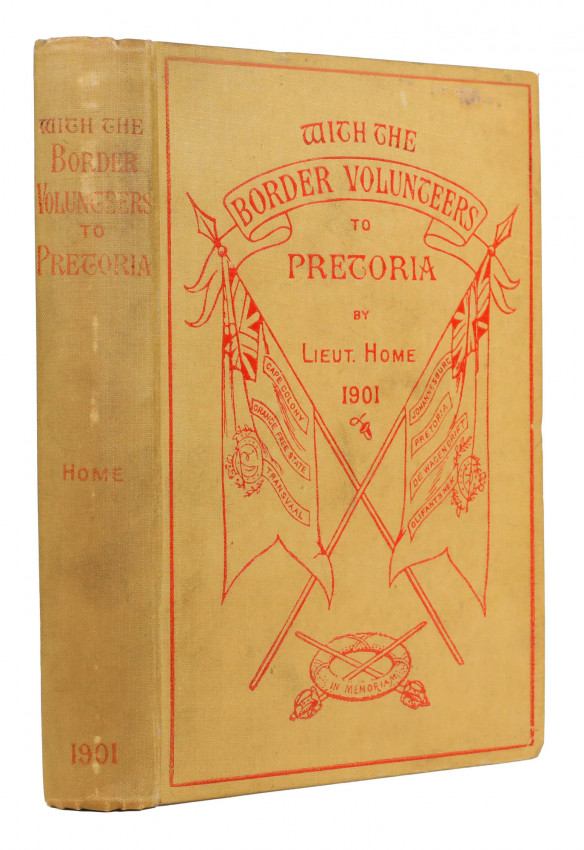 WITH THE BORDER VOLUNTEERS TO PRETORIA

Hackett (R.G.) South African War Books, page 3, 'Record of a volunteer in the First Service Company of the King's Own Scottish Borderers. The unit arrived at the Cape in March 1900 and, in May, entrained for the Orange Free State to join Lord Roberts' force in the advance to Pretoria. For approximately five months the volunteers served the Transvaal. Under General Hamilton they took part in drives against Boer Commandos led by Botha and De Wet. At other times they were employed in guarding rail lines from Belfast to Pretoria. The record extends from March to November 1900. A company roll is included and a list of camping grounds.'

Mendelssohn (Sidney)South African Bibliography vol. 1 page 734: The writer, who arrived in South Africa on March 9, 1900, was engaged in operations against De Wet and Botha. The volume contains the roll call of the company.