Email or share
Crown 8vo; original green cloth over bevelled boards, lettered in gilt on spine and upper cover; pp. (viii) + 199; frontis. portrait; plates, incl. folding battle plan. Externally very bright and fresh, with slight wear to spine extremities; lower hinge starting; endpapers browned; moderate foxing throughout, which is somewhat more pronounced to the outermost leaves. Very good externally; good condition overall. Penned inscription on front free endpaper reads, "AW Brown Green Howards S. Africa." Corporal W. Brown's name appears in the Roll of Warrant and Non-commissioned Officers in Appendix H., where he is listed as a recipient of the the King's Medal, and the Queen's Medal and clasps for the Relief of Kimberley, Paardeberg, Driefontein, and Transvaal. (Hackett, p. 144; Mendelssohn I, p. 543) 'An account of the doings of the "old 19th" regiment in the South African War, 1899-1902. Major Ferrar sailed for South Africa in the Doune Castle on November 24th, the battalion being under the command of Lieut.-Colonel Bowles. It had been arranged that it should form part of the 5th Division under General Warren, but the force was eventually sent to Colesberg under General French. Later on it took part in Lord Roberts' march, and was present at Paardeberg and at the occupations of Bloemfontein, Johannesburg, and Pretoria, following the retreat of the Boers right down to the Crocodile valley, whence it emerged, "saturated with malaria, and quite unable to do any really severe work." The volume gives an account of life in the field, and includes a narrative of the service of the 2nd and 4th battalions of mounted infantry. There are several illustrations, and an appendix giving statistics and correspondence in connection with the "Green Howards," &c.' - Mendelssohn. 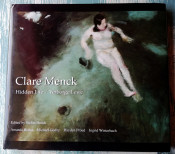