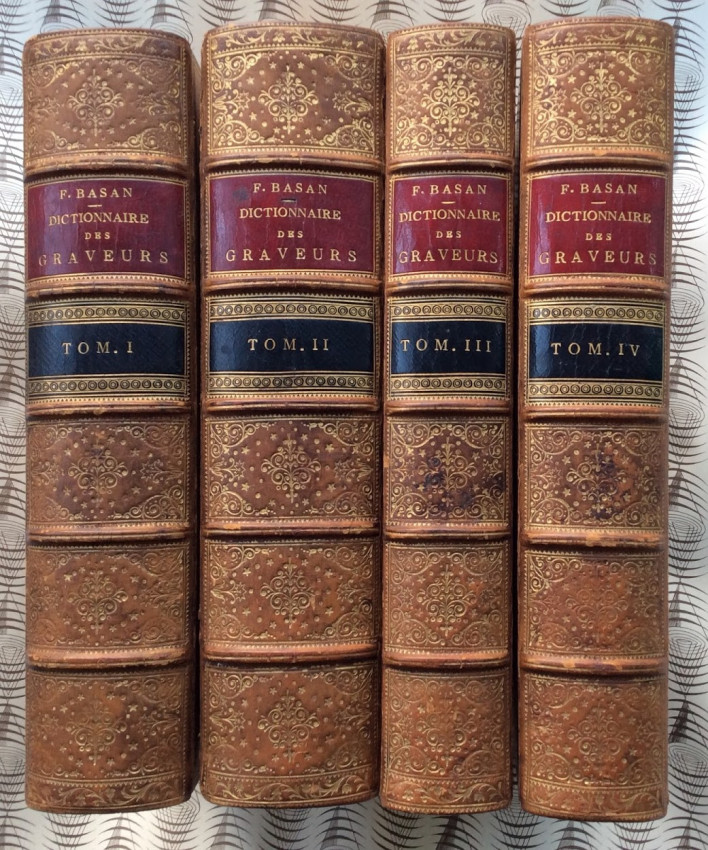 An exceptional extra-illustrated example of the second (preferred and considerably enlarged) edition: this copy started life as what is (in effect) the deluxe issue, including a suite of etchings/engravings which, according to the author were included (or not) at the wish of the original buyer ("au gré de l'Amateur"). The plates called for by the plate lists are all printed from the original printing plates. In the present set (as is quite often the case) there are a few additional unlisted plates that are clearly ‘supposed’ to be present (they include the relevant page and volume number engraved in the margin). The 290-odd extra-illustrations vastly extend the range of the 'official plates', offering illustrations which exemplify the work of many of the greatest engravers of their times: from the 16th to the end of the 18th century. Crawford / Lakelands provenance: "The sale of the great library of manuscripts, incunabula and other rare volumes, formed from 1870 onwards by...Crawford of Lakelands, County Cork" (De Ricci); it realized £21,255.19.6. Among its treasures were the Complutensian Bible, the "Valdarfer Boccaccio" (bought by Sotheran for the B.M. for £230), Caxton's Mirrour of the World (£160), the Dante of 1481, some early Shakespeare quartos and folios, illuminated manuscripts, five lots of altogether 313 miniatures on vellum, incunables printed by Gutenberg (Matthias de Cracovia, £15 to Quaritch), Mentelin, Sweynheim & Pannartz, Aldus, etc. The catalogue is unique of its kind in that it frequently mentions prices of other copies realized in other sales and those realized for the same copies in earlier sales.”

Illustrated Book of the Dog chromolithographs