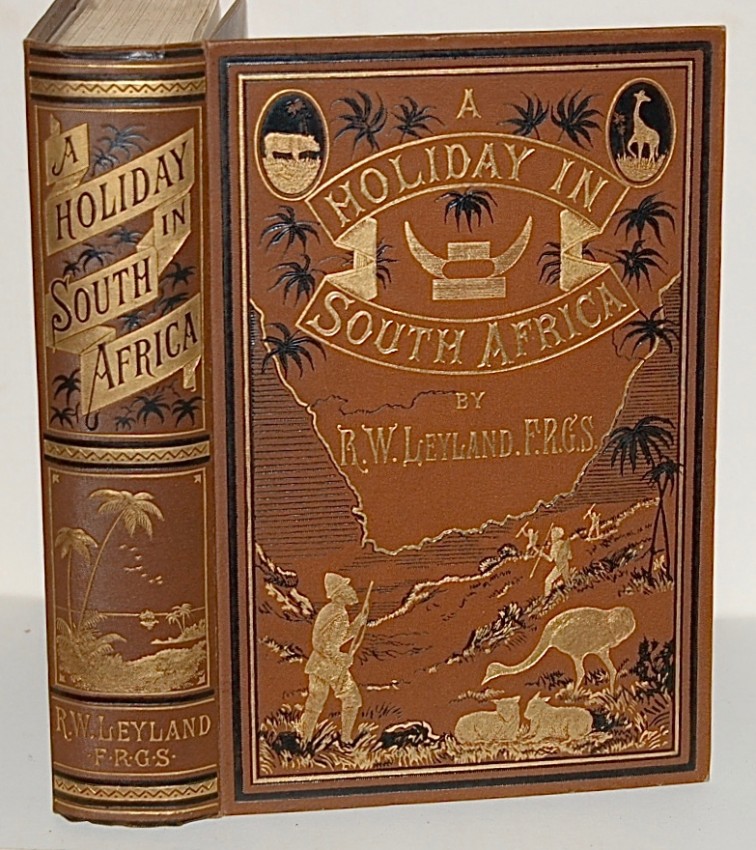 A Holiday in South Africa

R. W. Leyland, F. R. G. S., was one of many, well, war tourists attracted by the stories of clashes between the grand Zulu armies and plucky British fighters at places like Rorke's Drift and Isandhlwana. Ian Knight, in his Companion to the Anglo-Zulu War, remarks: "At a time when travel was fashionable among the British upper classes, particularly among those with a military background, a taste for adventure, an interest in exotic foreigners or a penchant for slaughtering magnificent forms of wildlife, the press coverage of the war in Zululand gave the country an immediate allure... Almost as soon as the shooting stopped, travellers were keen to make their way to the battlefields to see for themselves where so much drama had unfolded."

Leyland's views of the war and its aftermath were influenced by his encounters with Bishop John Colenso, and he commends to his readers Frances Colenso's book on the causes of the war which had just appeared in its first edition.

Our copy of Leyland's travel book has been well-kept, residing for over fifty years in its sturdy brown box, and exhibits all the gilded finery of book decorating of its day. A fine book.