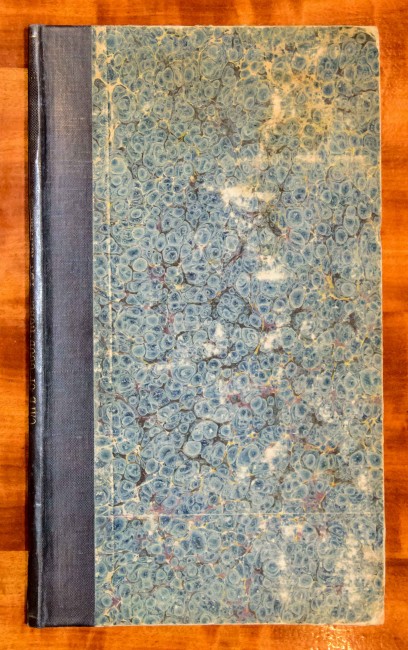 Extracts bound together from a longer work. Half-bound in blue marbled paper-boards with gilt-lettered blue cloth spine. Plain endpapers, unmarked. ï¿½Translated from the Latin original and printed at Schaffhausen, Switzerland.ï¿½ The contents are bright and unmarked, with some creasing to the centre of the folio leaves, which are untrimmed.

pp 829-845. ï¿½ . . . An Account of the Cape of Good Hope and the Hottentots, the Natives of that Country, by William Ten Rhyne of Deventry, Physician in Ordinary, and a Member of the Council of Justice to the Dutch East-Indie Company; with some Animadversions upon the same by Henry Secreta a Zevorzitï¿½

The diary opens on 9 October 1673, when Ten Rhyneï¿½s ship anchored in the Bay of Saldanha. After an introduction on the situation at the Cape, the author presents 27 short chapters on wild animals, birds, fishes and insects; plants; seasons of the year; Hottentots and Negroes; Hottentot anatomy, garments, dwellings, possessions, character, manners, way of living, making war, dancing and religion.

Wilhelm van Rhyne (or Rhijne) was a Dutch physician, who also travelled to China and Japan (though whether at the same time as this voyage is not known). He was best known ï¿½for his Treatise on Asiatic Leprosy, first published in Latin in the last quarter of the 17th centuryï¿½ [Wikepedia].