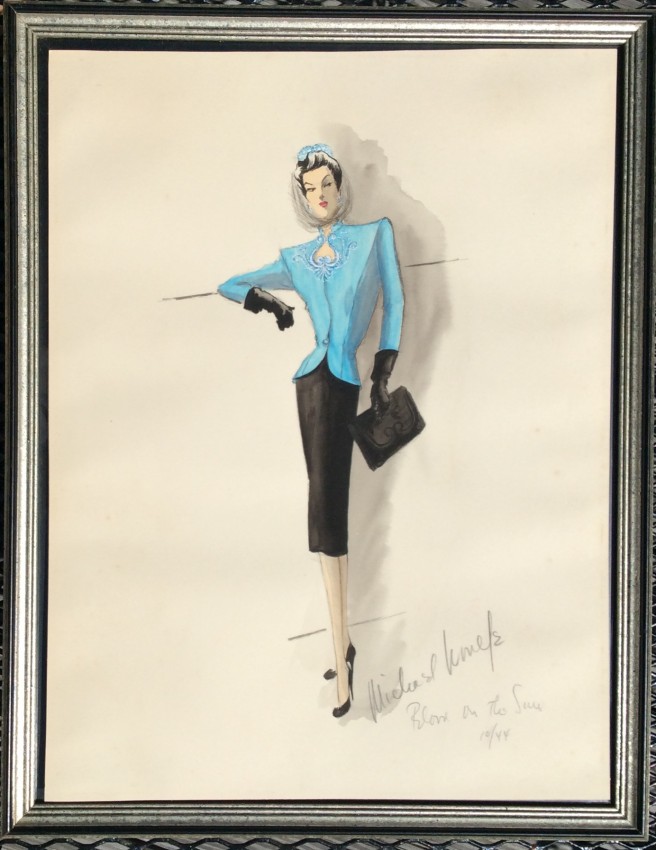 An original costume design from the movie "Blood on the Sun", for an outfit worn by Silvia Sidney in the movie, during the scene where her character (Iris Hilliard)  meets newspaper editor Nick Condon (played by James Cagney) for the first time.

Woulfe's original designs appear to be rare on the market (perhaps because his archive was given to the Academy in 2013), but please note that a Jane Russell costume design by Woulfe sold for $3250.

The movie has been hailed as the first Kung Fu Movie (actually Jujitsu Movie would be more accurate). Woulfe was just 25 when he worked on this movie - it launched his career and led to a life-long friendship with Sylvia Sidney.

Prehistoric Rock Art of the Federation of Rhodesia & Nyasaland