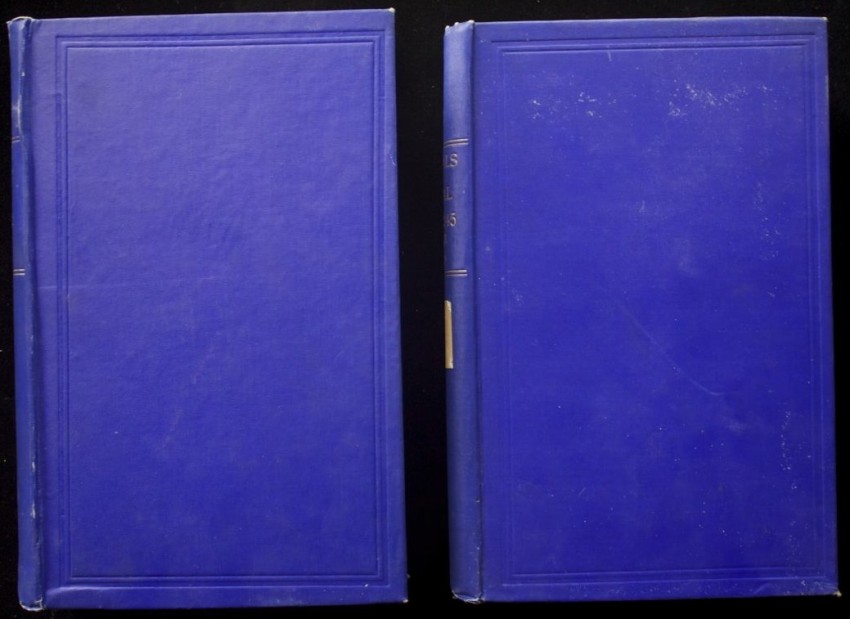 There is some uncertainty as to the actual publication date of T. Maskew Miller's publication of Bird's Annals of Natal. SABIB states that it was printed somewhere between 1896 and 1925 as no date is given in the two volumes. There is some indication, though, that it may have been published in 1920, as the copy in the University of Stellenbosch has an inscription of that date.

Bindings solid, clean and square. A very crisp and near fine set.

'The contents of the volumes embrace the period between the discovery of the country by Vasco da Gama, and the formal establishment of Natal as a British Colony in 1845. Mr. Bird's connection with the Government, which extended over a period of nearly forty years, placed him "in frequent intercourse with influential men among the emigrant Boers," and he states in a letter to the Hon. Secretary of the Natal Society (a copy of which is reproduced in the work), "the details of their adventures were familiar to me...I was also personally acquainted with some of the English who had come to the country before the advent of the African-Dutch. Thus, in seeking for records, I had a guidance, the want of which would have made the search more difficult." The introductory notes give a short sketch of the history of the country, which serves "to render intelligible an explanation, that seems in some instances indispensable, of the sources from which the record of the Annals have been derived." These include extracts from Government reports and correspondence, Cape Town newspapers, Moodie's Records, the posthumus papers of Mr. Fynn, and quotations from nearly every writer dealing with Natal from the earliest times. There is a copious index to each volume, which throws much light on the compilation, and the record, which is entirely unaccompanied by any expressed opinions of the compiler, is of the greatest value as a thoroughly unbiased and accurate production. Mr. Theal states "This work has been very carefully and faithfully executed by Mr. Bird...I know of no English document of importance that is not included in it, and of very few Dutch. It is a work of permanent value for historical purposes." ' - Mendelssohn Vol.I, page 126.