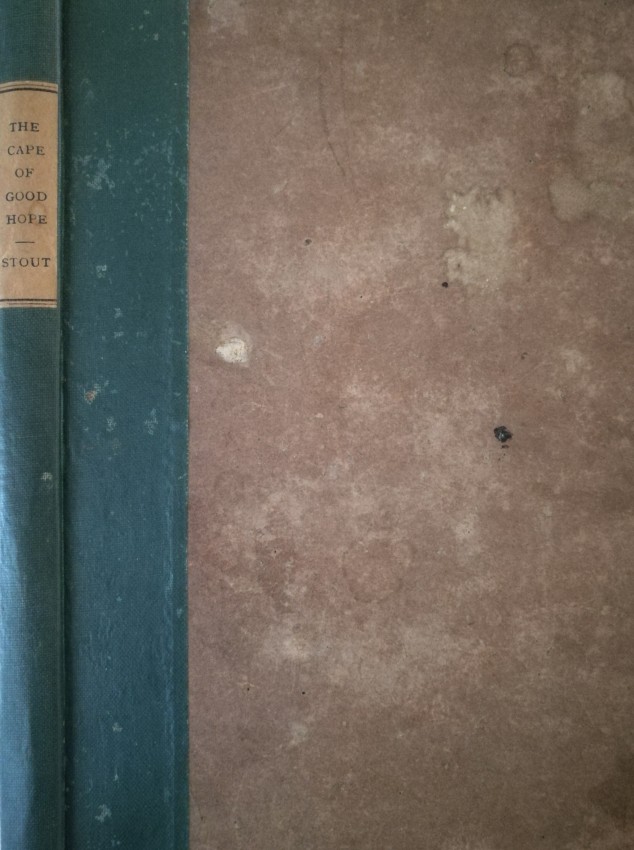 . . . an accurate and truly interesting description of those beautiful regions situated 500 miles to the north of the Cape, formerly in Possession of the Dutch but lately ceded to the Crown of England, and which are to be colonized . . .

" . . . with every possible Despatch, under the Authority of the British Government, by Agriculturalists and Artificers of every Denomination, from the United Kingom of Great Britain and Ireland. Likewise a Luminous and Affecting Detail of Captain Stout's travels though the deserts of Caffraria and the Christian settlements, to the Cape"

This is a rare and extremely interesting volume. Its American author was captain of the Hercules, which sank in 1795 off the Caffrarian coast near where the Grosvenor had sunk 13 years earlier. Stout and other survivors made the long (500-mile) journey to Cape Town, travelling through and making friends with many tribespeople. Time passed and Stout became aware of the British plan to settle agriculturalists in the Algoa Bay area he had come to know so well. Stout was related to US President Adams and the aim of his book - the MS of which was sent to Adams - was to try to persuade Adams to settle the area with American farmers instead. Adams's letter with his MS was indeed delivered to the President, who, however, did not follow up the idea. Meanwhile, Stout's anonymous editor saw Stout's description and ideas as powerful arguments to the British government about to send the first parties of the so-called 1820 settlers. Indeed, Stout's book, with his editor's 8 pp introduction (called "Advertisement"), was published in London in the same year (1820).

This copy - 200 years old next year - is remarkably well preserved. The spine remains near-fine, the boards are lightly rubbed and there are four round stains to the upper half of the front board (perhaps indicating that a title-label had once been glued there). The corners of the boards are very lightly bumped. The top page-edge may once have been gilt, with the other edges uncut. The endpapers are undiscoloured, as is the text, printed on handmade rag paper.

In all, a remarkable find.