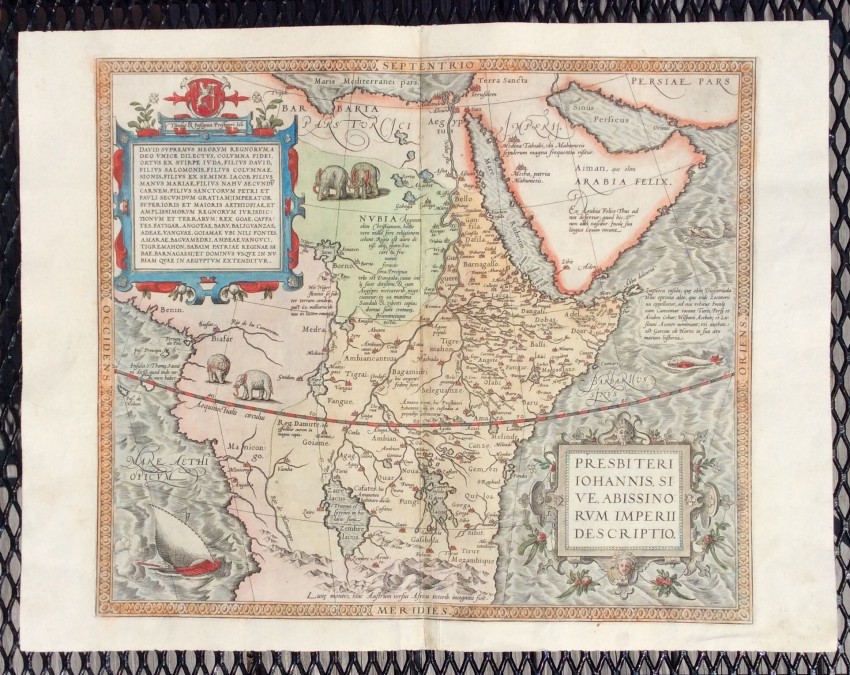 This spectacular and important map depicts the supposed central African kingdom of Prester John, the Christian priest-king who, according to legend, provided a bulwark against the forces of barbarism and was a potential ally to the Crusaders. The map was designed by Ortelius using various sources, including Gastaldi's 1564 map of Africa.

The origin of the Nile is shown as being the mythical twin lakes of Zaire and Zaflan, the source of which as the Mountains of the Moon. The decorative elements include  two pairs of large elephants,sea monsters and a dhow. Two large strapwork contain the title and the text of the legend. Priest John is a mythical king with a long cartographical history, who was supposed to provide a stronghold against the Barbarians, and to be an ally for crusaders. His kingdom was originally surmised to have been located in India (for instance by Waldseemüller in 1507), but was later placed in Africa (Gemma Frisius-Ptolemy 1522).

MAP OF THE TRANSVAAL OR S.A. REPUBLIC AND SURROUNDING TERRITORIES