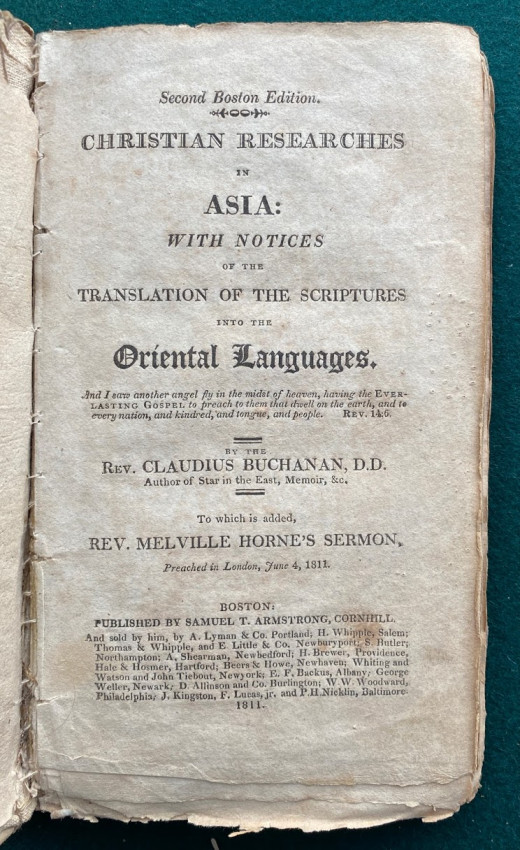 Christian Researches in Asia: with Notices of the Translation of the Scriptures into the Oriental languages

Although this is described on the title as the ‘Second Boston Edition’ it is probably the first US edition as the NUC lists no earlier edition, and the true first edition was published in London in the same year.

Buchanan was chaplain and vice-provost of the college of Fort William in India,  Allibone considered him to have been "distinguished for his laborious efforts to introduce Christianity into India and other British possessions" (Allibone I, 273). The present work is also valuable for the observations that resulted from the author’s tours through the south and west of India.