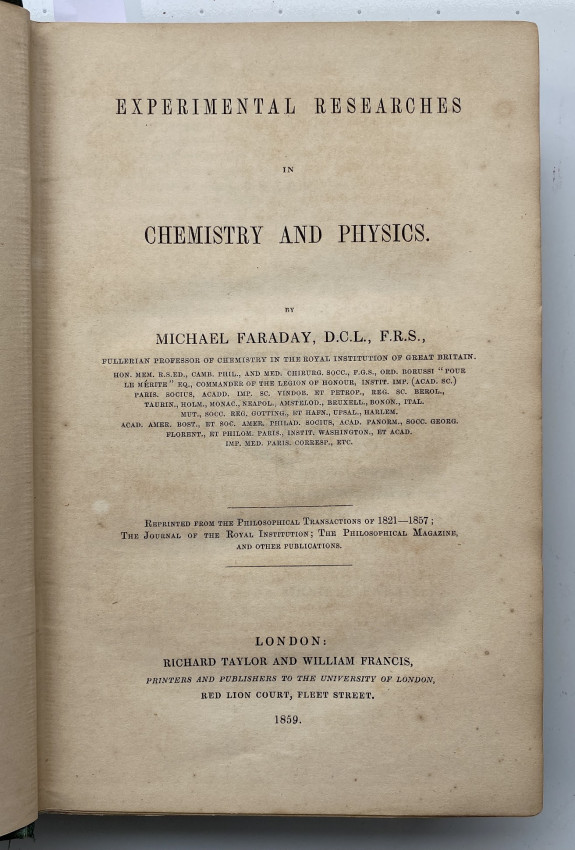 Experimental Researches in Chemistry and Physics

First edition of this collection of papers and communications by Faraday: ‘one of the most influential scientists in history. It was by his research on the magnetic field around a conductor carrying a direct current that Faraday established the basis for the concept of the electromagnetic field in physics. …As a chemist, Faraday discovered benzene, investigated the clathrate hydrate of chlorine, invented an early form of the Bunsen burner and the system of oxidation numbers, and popularised terminology such as anode, cathode, electrode, and ion. Faraday ultimately became the first and foremost Fullerian Professor of Chemistry at the Royal Institution of Great Britain, a lifetime position.

Physicist Ernest Rutherford stated; "When we consider the magnitude and extent of his discoveries and their influence on the progress of science and of industry, there is no honour too great to pay to the memory of Faraday, one of the greatest scientific discoverers of all time"’ (http://vipauk.org/enter/muse/lond/f01.html).