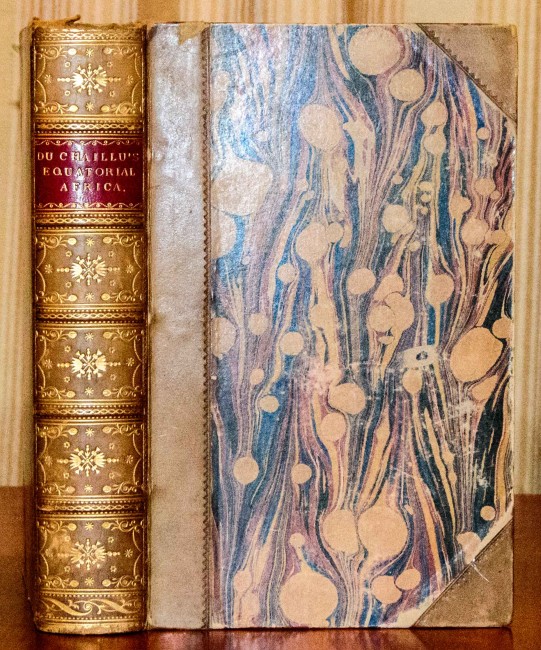 " . . . With accounts of the manners and customs of the people, and of the chace of the gorilla, crocodile, leopard, elephant, hippopotamus and other animals"

The author was the first to explore this part of Equatorial Africa and the first to describe some African tribes and animals, including the gorilla, his illustration of which is reproduced on the folding frontispiece. Chaillu was a French-American and his books, of which this was the first of his three major titles, were first published in English. Our Murray (London) first edition, with the map bound towards the front, was the first to be printed, while the Harper Brothers, New York, edition of the same year was bound from sheets from the second Murray edition, and had the map at the back.

The boards are lightly rubbed, with no corner damage, and the binding remains tight. John Bell Sedgwick's bookplate and a bookseller label are on the front paste-down. Otherwise, this is an unmarked, bright and unfoxed copy, with the map and illustrations complete, undamaged and in position.