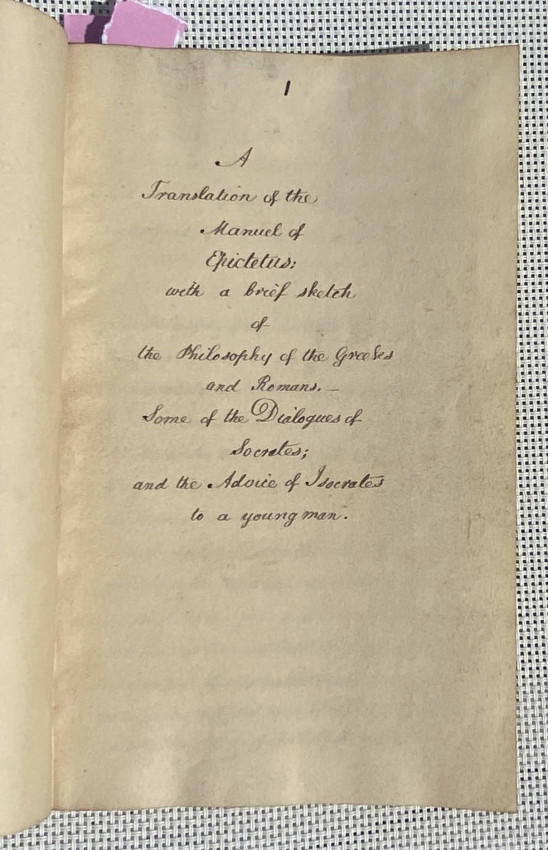 Fair-copy manuscript, titled ‘A Translation of the Manuel [sic.] of Epictetus:

with a brief sketch of the Philosophy of the Greeks and Romans. Some of the Dialogues of Socrates; and the Advice of Isocrates to a young man’

An interesting and apparently unpublished work: the watermarks confirm that this fair copy was done no earlier than 1816, but the partially erased sub-title to the first part (p.3) suggests that this may have been something that ‘J.S.’ worked on for many years. It reads ‘A Sketch of the Philosophy of the Ancients; occasioned by a Translation [I] made of Epictetus [Anno Dom – 17?? :- by J.S]’. The translator / author also quotes from the works of others, including Vicesimus Knox. Elizabeth Carter’s famous translation had appeared in 1758, but the present work does appear to be new, and certainly precedes the next well-known version (by T.W. Higginson) by many decades.