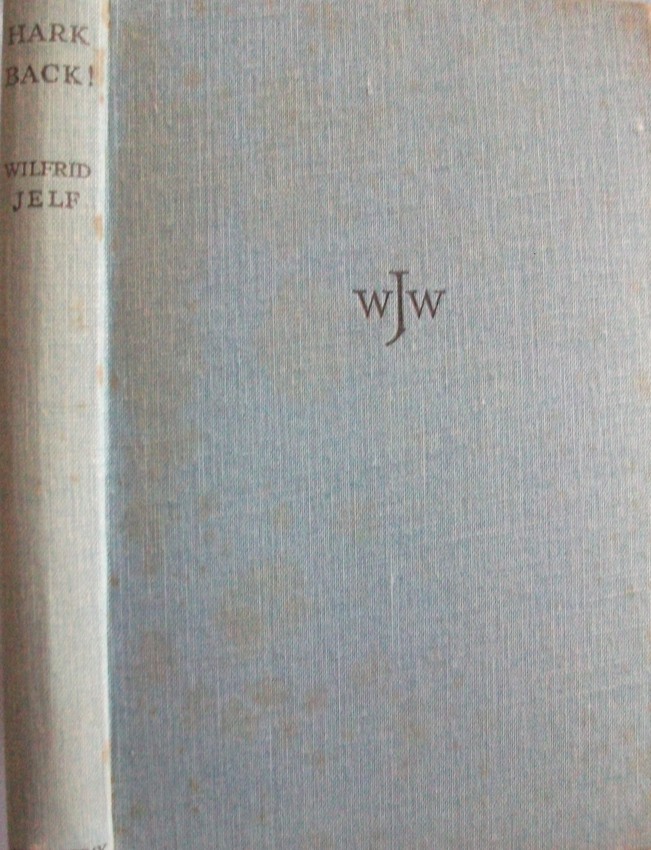 Jelf, Colonel Wilfrid; contributions by Field-Marshal the Lord Milne and others

From the front panel of the publisher's unusual dustjacket: "On the occasion of Wilfrid Jelf's death in October 1933 [the year has been altered in ink from 1934], Lord Gorell wrote: 'He had been terribly gassed in the War; he gave his life for his country as surely as though he had fallen in the trenches . . . So closes one of those lives of chivalry, strength and courage upon which perennially, in peace and in war, the fame of the British soldier sits enthroned.' "

The text opens with tributes to the author by three of his friends, Charles Tennyson, Brigadier-General C C Lucas and Field-Marshal the Lord Milne. Five of the author's nine stories are from the Anglo-Boer War, the others from the First World War.

Plastic-protected oatmeal dustjacket printed in black on four faces (one with an order form for the Cornhill Magazine, which had accepted the author's stories for publication), blue cloth-boards, black to the upper panel and spine, plain endpapers, frontispiece portrait of the author + vii + 151 pp.

CONDITION. The dustjacket, now protected in plastic, has a sunned spine and there is a small amount of material missing from both spine-ends and three of the four corners. The boards are lightly shelf-rubbed and have a few foxing spots on the outer hinges. Bookplate of Jean van der Byl on the front pastedown. Unmarked but page-edges lightly tanned.

Journey Through Shadow - 839 Days of Hell: A POW's Survival in North Korea (Inscribed by author +&hellip;