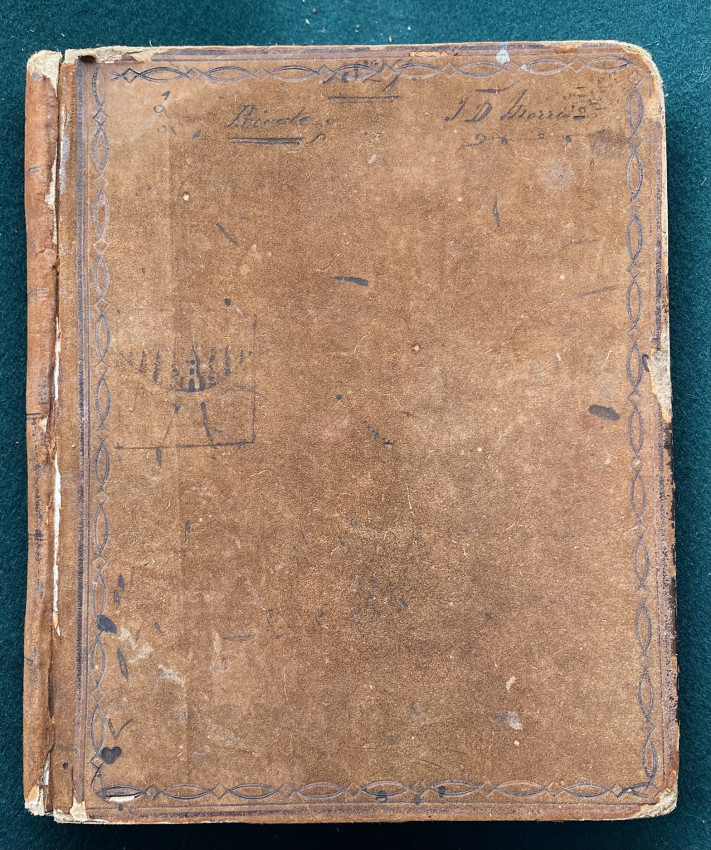 [India and South Africa: literary activity, career in the East India Company, hunting, racing, shooting, fishing, life, illness and death] A Journal recording, for over eight years, sometimes in code, Morris’s daily life in Bombay, Poona, elsewhere in India, and including a ten-month trip to Cape Town  in 1833. [1st January 1827 – 26th March 1835]. Quarto (9 x 7 1/4in; 226 x 190mm). 350 pages (3 preliminary pages of notes by Morris, 314 pages of journal entries by Morris, and, at the end, 33 pages of which 14 have notes and tables in two or more hands including Morris).

An important primary source, capturing the essentials of the life of an interesting, talented and well-connected Englishman in India during the late glory-days of the East India Company.

The life of Major Thomas D'Arcy Morris (1792-1835, of the East India Company's 24th Regiment of Bombay Native Infantry). All aspects are covered - I have not been able to decipher the coded entries !

1.Personal – Morris is unwell for most of the 8 years covered here: regular, debilitating ‘fever’ and/or ‘nervousness’ treated with ‘blue pills’, quinine, chamomile, bleeding and leeches (the surprise is that he lasted as long as he did: he comes across as almost heroic in the amount that he gets done despite his ill-health)

2.Personal – family, ‘friends’ and friends: he has an illegitimate daughter Mary May Morris (b.25 May 1826 – 10 Jan. 1905), ‘my little Mary’ who lives with him, is sent to school to be educated at his expense, and emerged as the sole beneficiary of his estate when he died; various family members, most notably his youngest sister Eliza Jemima Morris (who married John Jupp in December 1831, in Bombay, with Morris as one of the witnesses). In addition, the later pencilled notes at the rear include biographical details of family members.

3.Personal – a ‘Mrs. Grant’ seems to have been Morris’s long-term mistress? She appears through much of the narrative, along with her husband I.S. Grant – an odd triangular relationship (the Grants and Morris regularly have meals together, I.S. Grant was another witness at Eliza’s wedding).  She takes up with another man whilst Morris is in South Africa (‘Jameson’) but returns to Morris shortly after his return to India.

4.Personal – Morris’s travels on business, pleasure and for his health: including the 1833 trip to Cape Town. He goes into quite a lot of detail – two stand-out events: getting ‘shipwrecked’ for a couple of days during a boat trip from Cape Town; the voyage home to Bombay [see images] which graphically portray the misery of the seasickness that he suffered from!

5.Professional – fascinating insight into Morris’s career and the seemingly quite random decisions which had major effects on where he was based, and what he did. He had dealings with Rear-Admiral Sir Charles Malcolm, (1782-1851), Mountstuart Elphinstone (1779-1859) and others. His pen does seem to have go him into trouble - his letters and published works may have contributed to his relatively slow climb up the promotional ladder?

6.Sporting – Morris’s talents as a sportsman were well known at the time and he records here the complicated and (seemingly) interminable series of deals (mostly horse trading) that he entered into; also includes race meetings organized, the races run, the races won and lost; hunting (tiger, hogs, deer); shooting (quail and other game birds); very occasional fishing expeditions. In addition, Morris reports on the results of various sporting events - reports which were published in the Oriental Sporting Magazine and elsewhere.

“Major Thomas D’Arcy Morris, of the 24th regt. of Bombay N.I., lately engaged in the campaign against the Bheels in Mahee Khauta, was an officer of the most brilliant talents, not only as a sportsman, but as a soldier. The Sporting Magazine, first published in Bombay, in 1828, owed all its success to the contributions of Major Morris. As a theatrical amateur, Major Morris occupied, at th earlier portion of his career, a very distinguished place on the Poona dn Bombay boards. He was also the arbiter elegantarium of the circle in which he moved. Some years ago he published in the Bombay Gazette, a very clever poem called The Griffin, some passages in which ... formed the ground-work of a court-martial. Major Morrris's defence on that occasion was one of the most splendid compositions of that kind we ever met with. ... In other departments of literature ... Major Morris was equally fortunate. His plans for a retiring fund were the first which received te attention of the Bombay army. His poetry, too, was of an extremely pleasing order" (The Englishman [Calcutta:1835] quoted at length in the Asiatic Journal, November 1835, p. 165. Stocqueler was the editior/owner, and had earlier edited the Bombay Courier and the Oriental Sporting Magazine).

LETTERS FROM THE CAPE OF GOOD HOPE 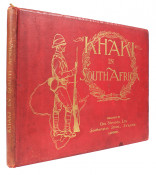 Stories of the Gorilla Country