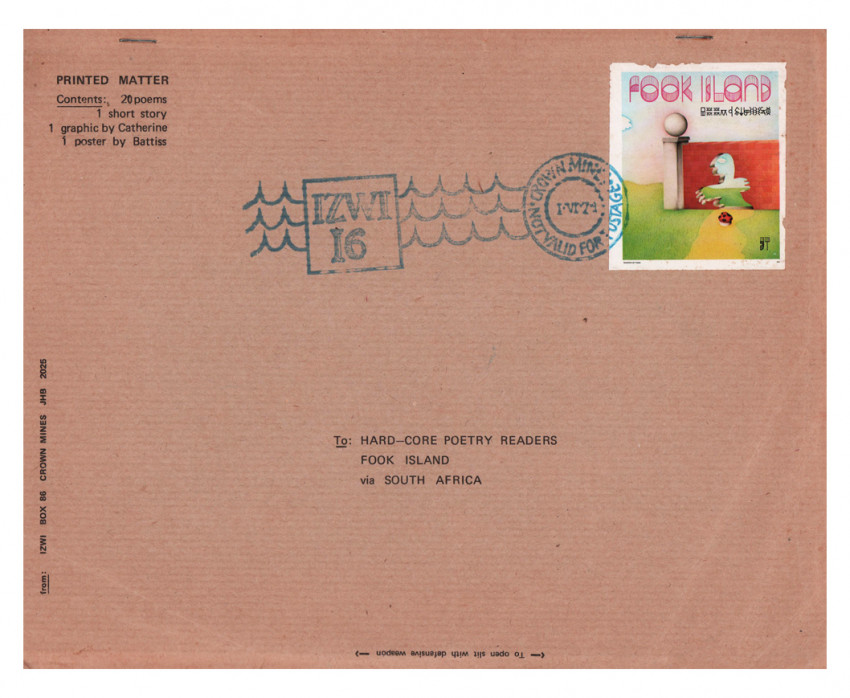 Also printed on the cover:

Loosely inserted is a photo montage by Walter Battiss which is described on the last page of this issue.

Battiss’ so-called Fook Island concept has its roots in his extensive travels to relatively remote areas in America, the Middle East and Europe. After a lengthy visit to the Pacific Islands in 1976, Battiss began to travel frequently to more remote and seemingly exotic areas.

Born from a hunger for a different and more simple and unspoilt kind of society in which to live, the concept presupposed an area or community with a unique and independent identity. Battiss created ‘fooklore’, stamps, and the Island’s own currency – and thus attracted local and international adherents and Fook Island ‘citizens’ like Norman Catherine, Janet Suzman, Esmé Berman, Jani Allan and Linda Givon. http://walterbattiss.co.za/fook-island/