Tweet
Email or share
Demy 8vo; blue cloth over boards, with the words \'Land & War Questions\' in gilt on spine. A series of eleven booklets, of slightly varying formats, generally retaining the original wrappers, assembled by Reinhold Gregorowski, and bound up for his own use. Gregorowski has signed his name, with the date 27.12.02, on the upper wrapper of the first booklet in the sequence. A list of individual authors and titles follows, with details of publication and pagination: 1. Clark, Dr. G. B. (compiler): The Official Correspondence Between the Governments of Great Britain, the South African Republic and the Orange Free State Which Preceded the War in South Africa. Compiled from the Blue Books (London: William Reeves, 1900) pp. 104. 2. Robertson, John M.: The Truth About the War. An Open Letter to Dr. A. Conan Doyle (London: The New Age Press / \"Morning Leader\" Pamphlet Department, 1902) pp. 48. 3. Smuts, General J. C.: A New Report by General J. C. Smuts, State-Attorney and Assistant-Commandant General of the South African Republic, to His Honour, State President S. J. P. Kruger (London: The New Age Press, 1902) pp. 20. 4. De la Rey, General J. H., and General J. C. Smuts: Official Reports of General J. H. De la Rey and General J. C. Smuts. Together With Other Documents Relating to the War in South Africa, Recently received by the Boer Representatives in Europe. Translated from the Dutch. (London: The New Age Press, 1902) pp. 30. 5. Perris, G. H.: Blood and Gold in South Africa: An Answer to Dr. Conan Doyle: Being an Examination of his account of the \"Cause and Conduct\" of the South-African War (London: International Arbitration Association, 1902) pp. 79. 6. Methuen, A. M. S.: Peace or War in South Africa (London: Methuen, 1902) pp. 126. 7. Billson, Alfred: The Taxation of Land Values (London: The Liberal Publication Department, 1900) pp. 28. 8. O\'Connor, Judge [Arthur]: Land Values and Local Taxation. Being a Report Presented to His Majesty the King by His Honour Judge O\'Connor, K.C., a member of the Royal Commission on Local Taxation (London: The English League for the Taxation of Land Values, 1902) pp. 16. 9. Verinder, Frederick: A Just Basis of Taxation (London: English League for the Taxation of Land Values, 1902) pp. 24. 10. Ogilvy, A. J.: A Colonist\'s Plea for Land Nationalisation (London: The Land Nationalisation Society, 1901) pp. 60. 11. Ogilvy, A. J.: Phases of the Land & Labour Question (London: Land Nationalisation Society, no date) pp. 128. Corners a little bumped; some foxing and browning; a little curling. Very good condition. \"In April 1896\", Reinhold Gregorowski (1856-1922), compiler and previous owner of this tract volume, \"presided as special criminal judge at the sensational trial in the market-hall, Pretoria, of Sir Lionel Phillips and sixty-three other members of the Johannesburg Reform Committee who were taken into custody in January 1896 after the failure of the Jameson Raid. Phillips, J. H. Hammond, George Farrar and Col. Francis Rhodes were found guilty of high treason and sentenced to death by Gregorowski; the other accused were found guilty of crimen laesae maiestatis and were fined. A few days later after judgement had been given the four sentenced to death had their sentences commuted by the president of the Transvaal Republic, and fines were imposed. ... Gregorowski was a jurist of exceptional intellectual ability and his judgments indicate his independence and clear insight. Because he often had to carry out important public duties in troubled times he was on occasion wrongly used as a political target. He made an important contribution to a South African tradition, the integrity and independence of the bench.\" - DSAB II, pp. 274-5. 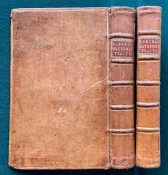 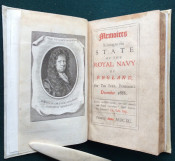