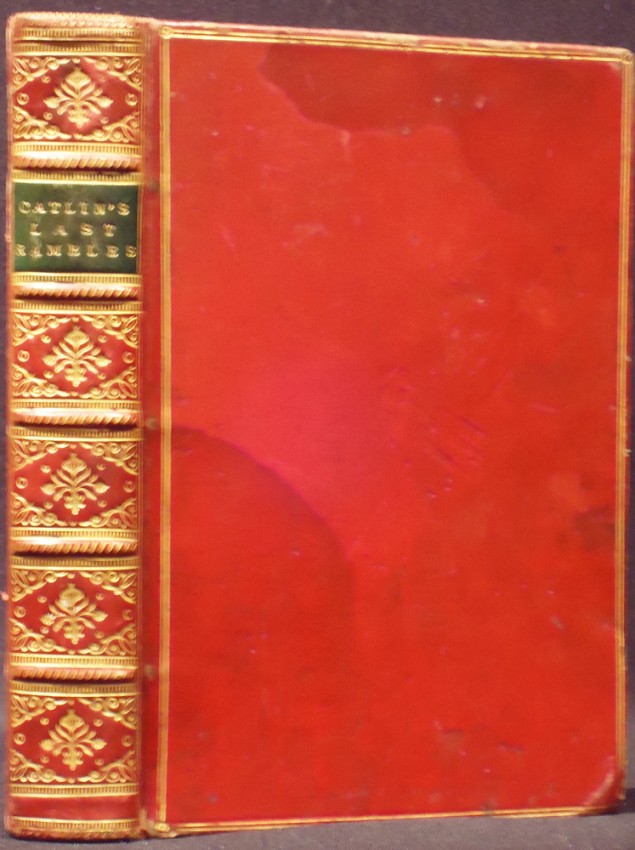 George Catlin (July 26, 1796 – December 23, 1872) was an American painter, author, and traveler who specialized in portraits of Native Americans in the Old West. Travelling to the American Westfive times during the 1830s, Catlin was the first white man to depict Plains Indians in their native territory. In 1841 Catlin published Manners, Customs, and Condition of the North American Indians, in two volumes, with approximately 300 engravings. Three years later he published 25 plates, entitled Catlin’s North American Indian Portfolio, and, in 1848, Eight Years' Travels and Residence in Europe. From 1852 to 1857 he travelled through South and Central America and later returned for further exploration in the Far West. The record of these later years is contained in Last Rambles amongst the Indians of the Rocky Mountains and the Andes (1868) and My Life among the Indians (ed. by N. G. Humphreys, 1909). Paintings of his Spanish American Indians are published. In 1872, Catlin travelled to Washington, D.C. at the invitation of Joseph Henry, the first secretary of the Smithsonian. Until his death later that year in Jersey City, New Jersey, Catlin worked in a studio in the Smithsonian "Castle." In 1879 Harrison’s widow donated the original Indian Gallery, more than 500 works, along with related artifacts, to the Smithsonian. https://en.wikipedia.org/wiki/George_Catlin

Teasdale 1st ed, and unusual in a de luxe binding