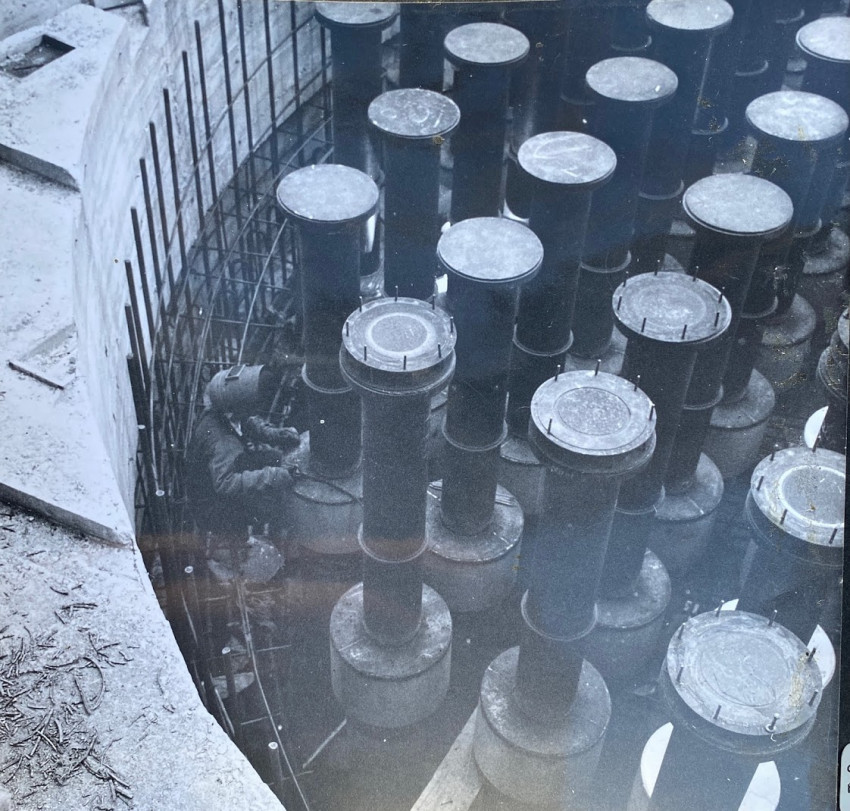 [Latina Nuclear Power Station, Lazio, Italy] A photograph album, titled in gilt on the upper cover "Nuclear Power Station / Bradwell [sic. - this is incorrect] / Photographic Record [of]/ Construction". [Italy & United Kingdom, but album assembled in the U.K.: November 1958 - March 1963]. Oblong folio (15 x 19in; 382 x 483mm). 61 leaves of black matt paper, mounted recto and verso with approximately 324 photographs (7 x 18ins, and smaller), by Publifoto of Rome, and others (most with ink stamps to the verso, identifying the agency responsible and, in some cases including the date of the image. A few photos formed into panoramic montages. (A few photos with old creases or chips, others with light show-through staining, but generally the images are in excellent condition). Original black leather ring-binder, title in gilt on upper cover [see above and see images] (worn binding: covers detached and rubbed, spine lacking).

What really stands out with this album is the quality of the images: the Publifoto agency, founded before the war by Vincenzo Carrese, seems in this case to have been working for or with S.I.M.E.A. whose 'Archivio Fotografico' stamps are often paired with the Publifoto, Roma, stamps. The importance of this agency as an artistically-superior documenter of Italian life and culture is now well-known. But it is interesting to note that the quality of the images by the other main participant is equally impressive: a significant number of images have the stamp of the 'Publicity Department' of 'The Nuclear Power Group, Radbroke Hall, Knutsford, Cheshire'.

Latina went online in May 1963 and produced power through until 1983. It is currently being de-commisioned.

"Latina Nuclear Power Plant is a former nuclear power plant at Latina, Lazio, Italy. Consisting of one 153 MWe Magnox reactor, it operated from 1963 until 1987. A second reactor, the experimental CIRENE design, began construction at Latina in 1972 but it was not completed until 1988 and never operated.

Construction started in 1958, as a key component of Italy's nascent nuclear weapons program.[citation needed] The first criticality occurred in December 1962, and the first connection to the distribution grid in May 1963. Commercial operation took place starting from January 1964. The plant was originally rated at 210 MWe, but the danger of significant oxidation of mild steel components by the high temperature carbon dioxide coolant required (in 1969) a reduction in operating temperature from 390 to 360 °C, which reduced power by 24%, down to 160 MWe.

In 1985 its license was renewed to operate until at least 1992, but after the Chernobyl disaster it was shut down early in 1987." (wikipedia)

Under the Rays of the Aurora Borealis 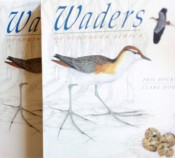