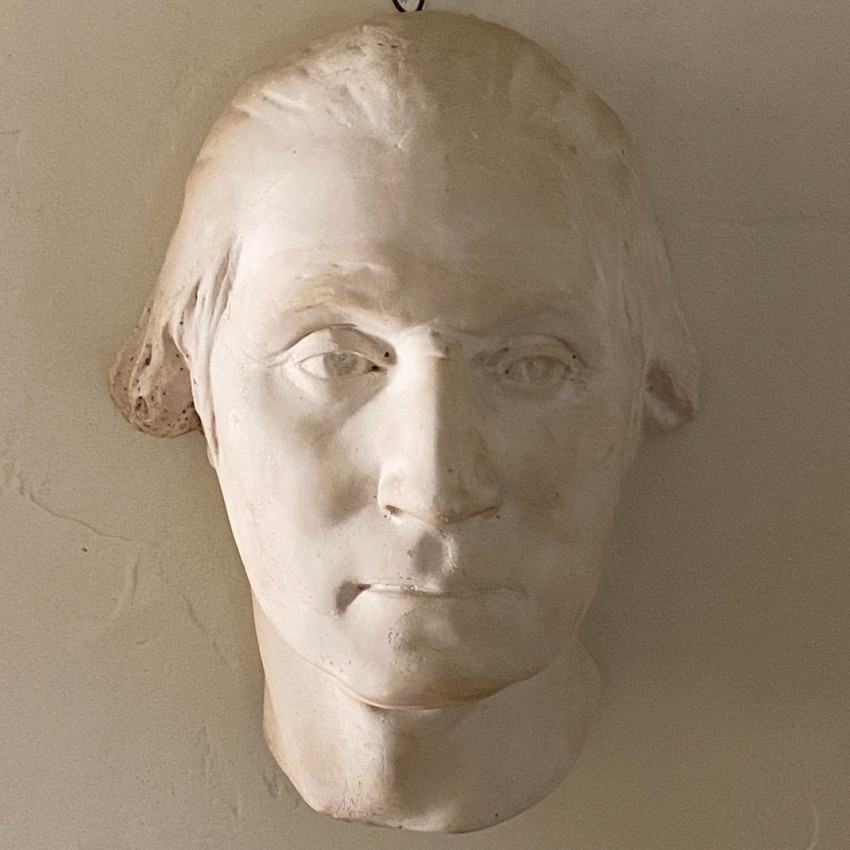 Life-size cast of the head of George Washingon, aged 53, after or inspired by Houdin’s terra cotta bust of 1785.

Life-size cast of the head of George Washingon, aged 53, after or inspired by Houdin’s terra cotta bust of 1785.

This fine quality plaster cast is clearly inspired by the greatest 3-dimensional portrait of Washington: made by Houdon in 1785. The present 'version', appears to have been a college ‘project’ executed in 1947 by Ronald Lee Anderson (not 'Anerson' as written on the base) who is now best known as a painter.

Anderson (1929-2002) “was a portrait painter of people, dogs and still-life, most associated with Litchfield, CT.  Anderson was born in Ohio and studied art at The Schuler School of Arts in Baltimore, MD as well as the Pennsylvania School of Fine Art, Philadelphia, PA, studying under a former chief restorer of the Louvre, Paris.  After he finished school, Anderson lived in England and France. When Anderson returned to the US, he proved himself at the early age of 25.  He was selected by American iconic artist, Andrew Wyeth, for inclusion in a Corcoran biennial exhibition in February of 1955.  The "fool-the-eye still life", a centered silver holloware, was chosen as part of the top 60+ paintings from the 1,247 submitted.  The canvas almost did not make the cut, having been placed first into Wyeth's 'maybe' pile.” (askart.com/artist/Ronald%20Lee%20Anderson/11243391/Ronald%20Lee%20Anderson.aspx )

Wild Sports of the World

The Diary of A.J. Mounteney Jephson