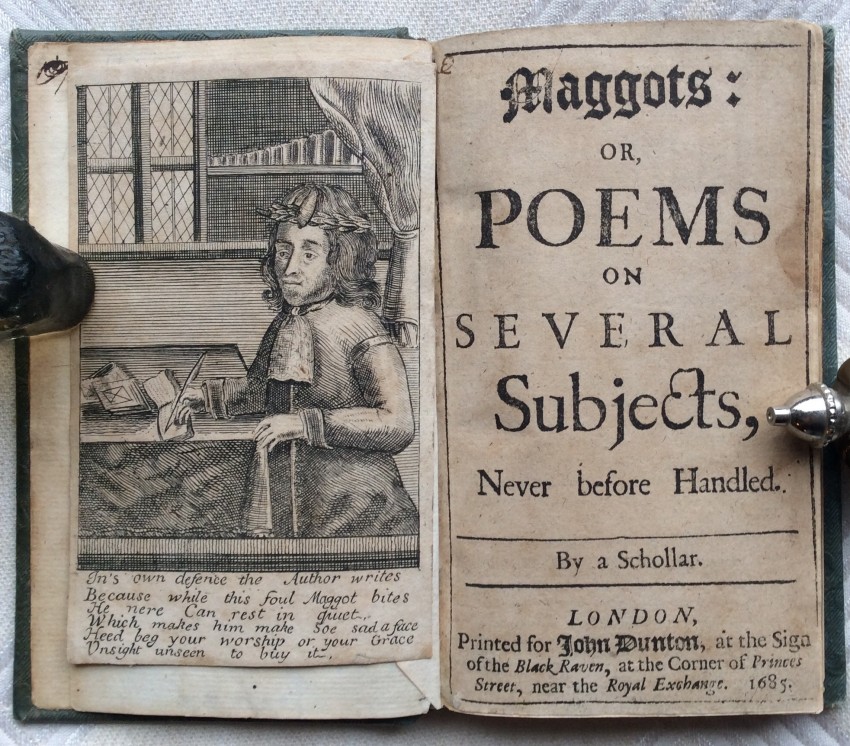 Maggots, or, Poems on several subjects never before handled

Maggots, or, Poems on several subjects never before handled. By a schollar. London: Printed for John Dunton, at the Sign of the Black Raven, at the corner of Princes Street, near the Royal Exchange, 1685.

First edition - a rare work by John Wesley's father: none for sale and the last copy to appear at auction was apparently in 1963.

Samuel Wesley's 'poetic career began in 1685 with the publication of Maggots, a collection of juvenile verses on trivial subjects, the preface to which apologizes to the reader because the book is neither grave nor gay. The poems appear to be an attempt to prove that poetic language can create beauty out of the most revolting subjects.

The first poem, "On a Maggot", is composed in hudibrastics, with a diction obviously Butlerian, and it is followed by facetious poetic dialogues and by Pindarics of the Cowleian sort but on such subjects as "On the Grunting of a Hog." ' (wikipedia). Wing W1374. 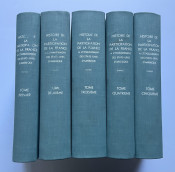