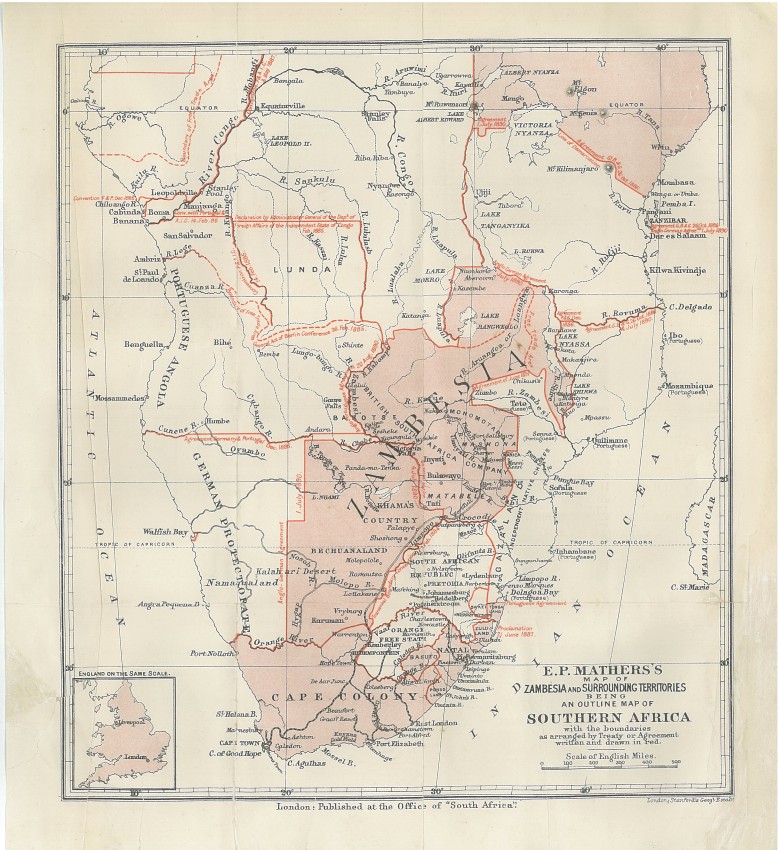 Map of Zambesia and surrounding territories

being an outline map of Southern Africa with the boundaries as arranged by Treaty or Agreement written and drawn in red.

This is an historical map of the scramble for southern Africa that documents up to 1890 the European perspective on the basis for claims to parts of southern Africa. Although essentially a political map, it is one of the few maps to show the short-lived Knysna gold fields to which there was a rush in the 1880s. It also shows the development of the Cape and Natal railways up to 1890.

Edward P Mathers was a correspondent for the Scotsman and Daily News during the Anglo-Zulu War. He became very interested in the discovery of gold in the country and consequently made several journeys through South Africa and 'Zambesia' and became recognised as an authority on the Witwatersrand goldfields. He promoted the economic opportunities of southern Africa and founded the Natal Advertiser and the weekly newspaper "South Africa," a "Home Colonial" journal for those interested in South African affairs. Mathers was also the author of books on Zambesia, and 'Golden South Africa'.

The rare map is a lithograph that was prepared by the famous Stanford Geographical Establishment in London. The map was produced for Mathers's "Office of South Africa" in London. This was the office in Old Broad Street, London from which he launched his newspaper South Africa. This map is not tMathers's map from the 1891 edition of his book on Zambesia. I have not been able to determine further details on the source of this map nor have I been able to find a record of another example. The Antique Map Price Record does not list a sale since the early 1980s

The map was folded, presumably in a book, and, having been printed on paper that is now brittle, it had numerous tears, most along the fold lines. The tears have been professionally repaired in order to restore the integrity of the map.

This historically important map needs to be handled with care in future in order to conserve this wonderful, rare cartographic record of the scramble for southern Africa and its basis as perceived by Europeans. 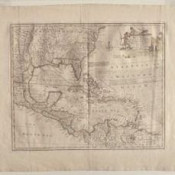 Atlas of the Palaeogeography of China