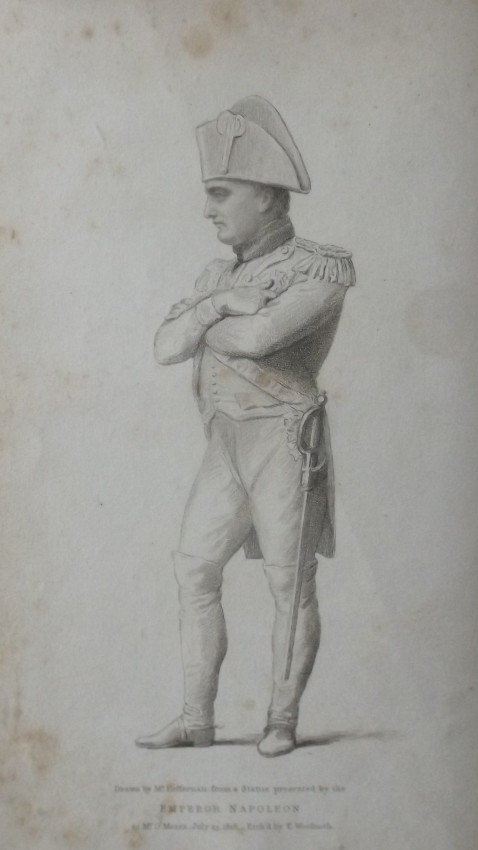 Napoleon in Exile; A Voice from St. Helena.

The opinions and reflections of Napoleon on the most important events of his life and Government in his own words.

on St. Helena. The publication of this work created a sensation and rapidly

ran to five editions. There were two reasons for its popularity, firstly because

of O'Meara's reporting of Napoleon's outspoken conversations with him and

secondly for his treatment in print of Sir Hudson Lowe, the Governor of

between himself and Napoleon directly to him.  It is clear that the doctor

became  Napoleon's confidant and that Lowe was not privy to any conversations.

Lowe was known for his antagonistic attitude and spitefulness towards the

former Emperor and O'Meara did his best to twart his efforts. A serious rift

developed and O'Meara was removed from his post. On his return to England

and after publication of his book, he became extremely popular, attracting the attention

of Lord Byron and Thomas Moore, by his publications of the anti-Lowe pamphlets.