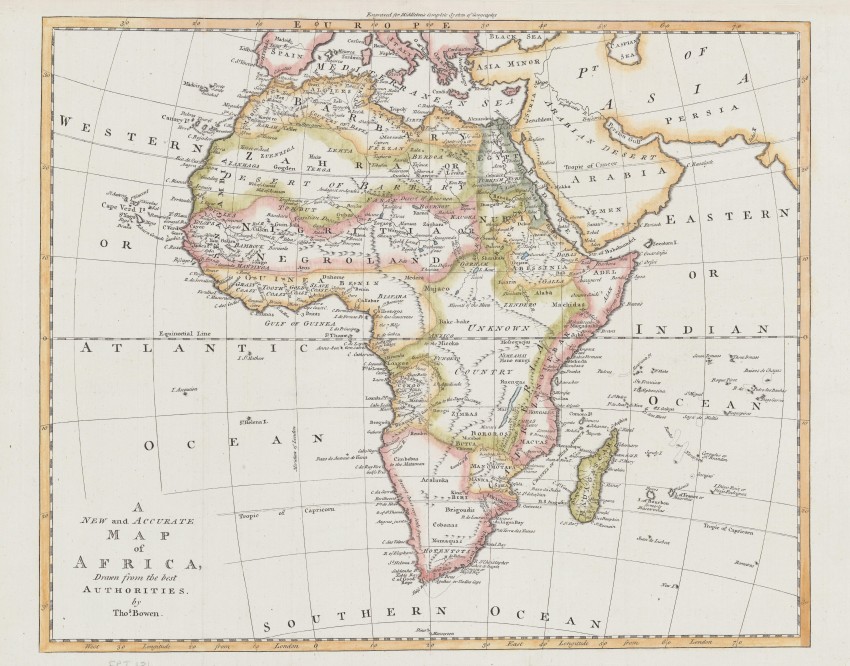 New and Accurate Map of Africa

drawn from the best authorities by Thos. Bowen

This attractive 1779 map of Africa was produced by Thomas, the son of the highly regarded Emanuel Bowen, Geographer to the Kings of England and France.

Thomas drew and engraved this map for inclusion in Charles Middleton's A New and Complete System of Geography Containing a Full, Accurate, Authentic and Interesting Account and Description of Europe, Asia, Africa and America, which was published by J.Cooke in 1779.

The geography of this map is transitional. Surprisingly, Bowen retains the Ptolemaic geography of the Nile's origin from the twin lakes near the Mountains of the Moon, although Delsisle had corrected this at the beginning of the 18th century. On the other hand, Lake Maravi (now Malawi, formerly Nyassa) is prominent, and he notes Massi, a Kingdom; Delisle included the lake in the 1722 update of his landmark 1700 map. So, in this regard, Bowen's geography is up to date.

Another state of this map has 1777 in the title; the map was also used in 1787 for Bankes's New System of Geography.

The map was issued uncoloured and had subsequently been outline-coloured; it is in very good condition.